Andy Levine sworn in as new Fresno Unified board member 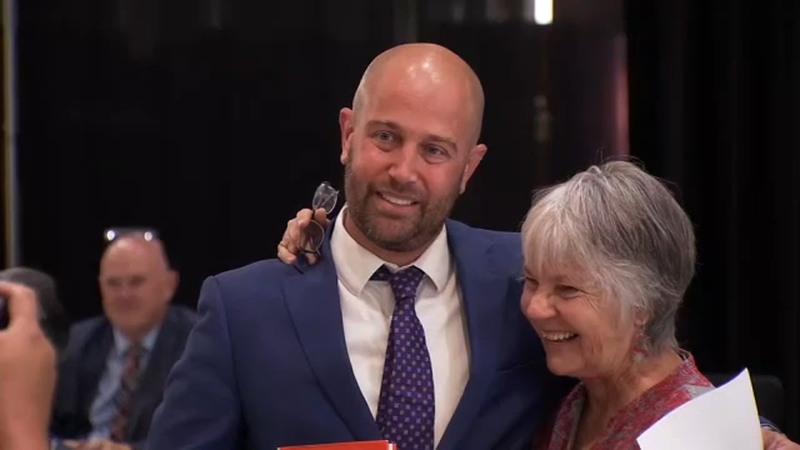 Andy Levine sworn in as new Fresno Unified board member

Administering the oath - someone special to Levine.

"I was just sworn in by my mom, which is incredibly fitting," he said. "She and my dad are the reasons why I am where I am and I'm doing what I'm doing now. It's such an honor to be sworn in by her and serving in this role in the district that educated me."

He paid tribute to his dad, who passed away a few years ago.

The book he placed his hand on during the oath was one his dad wrote as a Psychology professor.

Levine was elected to the school board in the April 12 special election.

He says while he knows there are challenges, he's already been getting caught up at schools in his area.