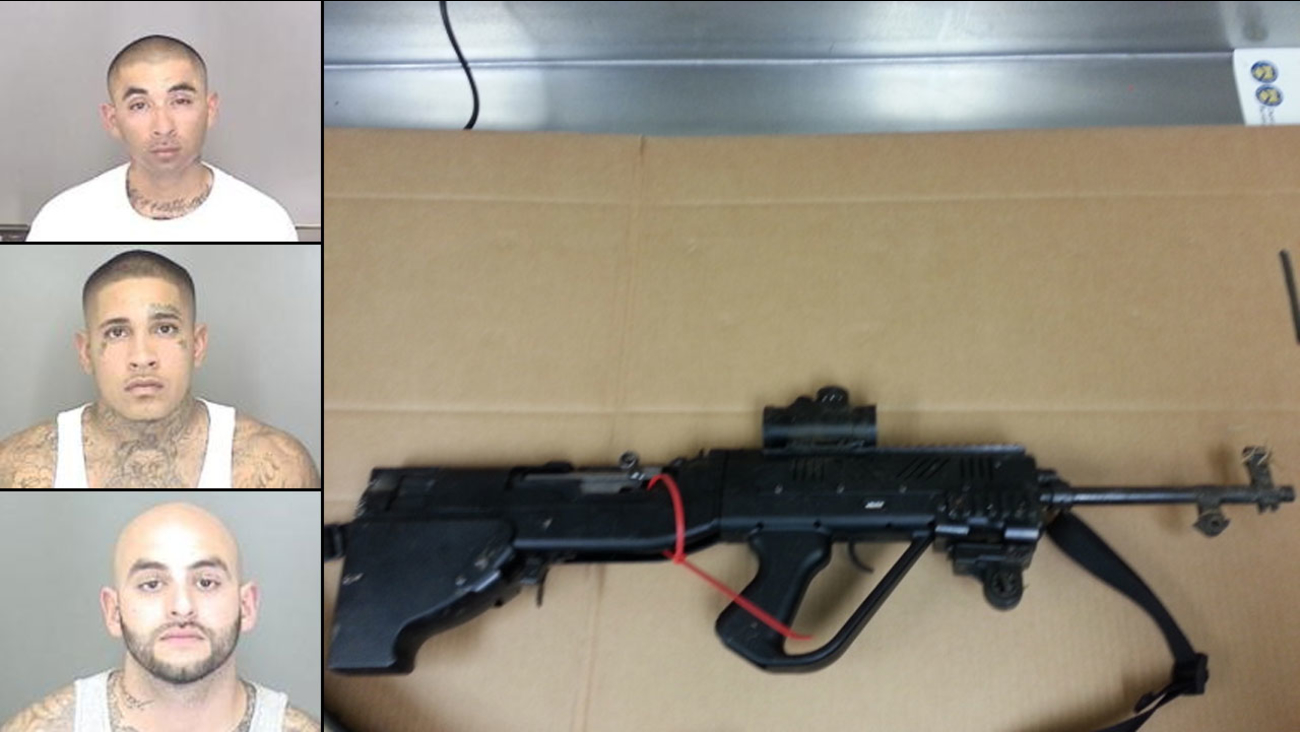 FRESNO, Calif. -- After police tried to pull over a vehicle for traffic violations, they say the suspects raced off, reaching speeds of over 90 miles per hour before they were able to stop the vehicle with spike strips.

According to police, around 2:45 a.m. on Tuesday, they attempted to stop a vehicle for traffic violation on R Street near 12th Street in Merced. The vehicle did not stop and a police pursuit began. The suspects turned onto Highway 59 south and led police on a chase that reach speeds up to 95 miles per hour through the county area south of Merced.

The suspects circled back into Merced and Police were able to successfully deploy spike strips. The suspects continued until their vehicle stopped on the train tracks near Q Street. The three suspects then ran from the vehicle, but they were later found hiding in backyards of nearby homes and were taken into custody.