Animal rights group protest outside of a Valley Dairy, says calves are abused 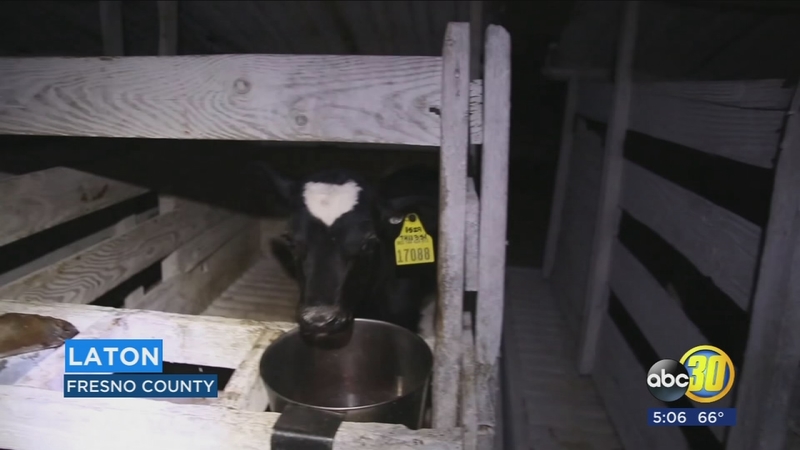 Animal rights group protest outside of a Valley Dairy, says calves are abused

In a video they shot, they say they snuck into the facility and felt the need to rescue a calf they named Roselyn because of poor living conditions

"Roselyn, specifically, who was rescued and featured in that video, she was being eaten alive, a part of her body, by a pile of maggots," said Cassie King, animal rights activist.

Dairy operator Frank Zonneveld did not wish to speak on camera but the family disputes the group's claims.

His son Andy explained, "... we use a science based approach along with a professional veterinarian and nutritionist to ensure we are adhering to the highest industry standards."

The family doesn't know why the protest occurred outside their dairy but the group says it targets large companies to try to get their message out.

"Land O' Lakes is the company that this farm supplies to and they claim to treat animals very well, but what actually found is a legal violation, said King.

The family countered by saying, "Animal care has been and always will be a top priority for Zonneveld Dairies."

The group put a member inside a hutch similar to those used for calves like the one they took away.

"Roselyn's mother has already served so much time here and the least they can do is let her be with her baby near the end of her life," said King.

A few protestors made their way onto the dairy. They were warned by Fresno County Sheriff's deputies and told they could face arrest if they returned.