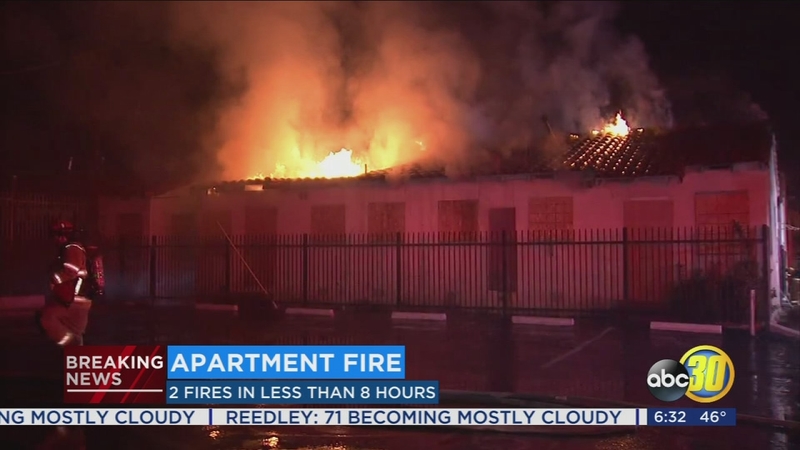 FRESNO, Calif. (KFSN) -- Firefighters are investigating an early morning blaze in Central Fresno. The flames broke out in an apartment building under construction.

Divisadero is shut down between Fulton and Van Ness as firefighters put out hot spots and try to get to the bottom of what caused the fire. It broke out just after 3:00 a.m., when firefighters arrived they said the building was fully involved in flames and switched to an immediate defense mode.

The building is already boarded up because it is under construction or renovation. There is no reason to believe anyone was living there, but they said the building was not completely secure.

Investigators are still trying to figure out what caused the fire. They are there, not only combing through the scene, they are going through surveillance video to see if this fire was accidentally or intentionally started.

The Battalion Chief said they have ruled out electrical as a cause because there was no power going to the building.

Tuesday night another fire also started at the complex which is also under investigation.