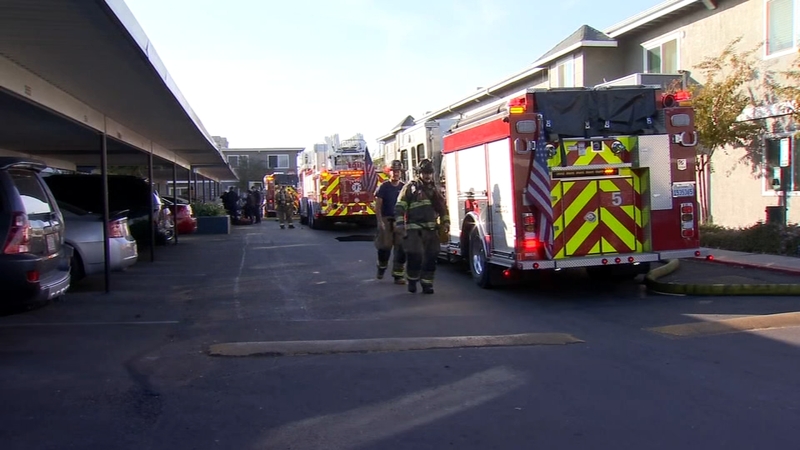 FRESNO, Calif. (KFSN) -- Two families were forced from their homes after a fire at a central Fresno apartment complex.

It was first reported just after 2 pm Thursday at the Butterfly Grove complex on Fresno Street just north of Shaw.

A fire station is just down the street and crews were there within minutes to find smoke coming from a downstairs unit.

A woman and her three children were living in the apartment and got out safely.

"We had the fire that was in the one unit and it looked like it was going to spread to three other units, but we were able to stop it from spreading," says Fresno Fire Battalion Chief Dan O'Meara. "We did have another unit we're going to have to turn the power and electric off due to damage from the bottom unit."

The surrounding units were evacuated and firefighters rescued one person from an upstairs balcony.

A woman was treated by American Ambulance for breathing problems but she did not have to be taken to the hospital.