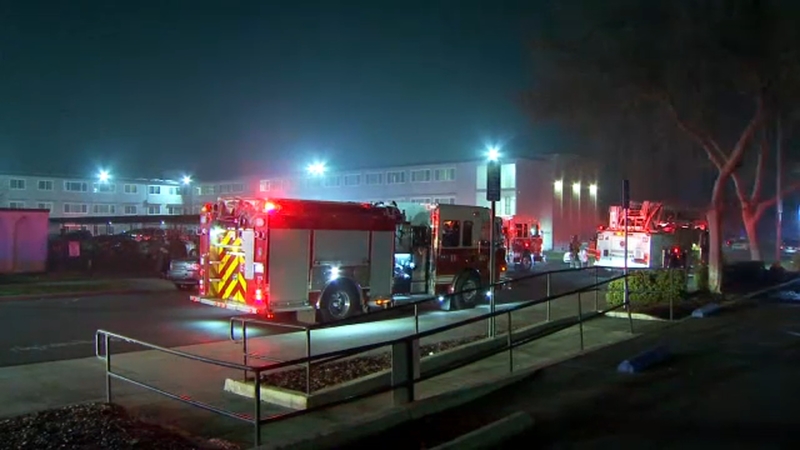 FRESNO, Calif. (KFSN) -- A man is in the hospital likely with smoke inhalation and it all started when food burned on the stove in his apartment.

Firefighters worked to stop the flames last night at the Fig Garden Villa Apartments on Fedora and Blackstone.

The Fresno Fire Department says food in a pan on the stove burned and generated a lot of smoke, which quickly filled the single apartment.

The smoke alarm alerted the rest of the building to the situation.

The department says because it's a large building, about 30 people had to shelter in place.

One man was taken to the hospital and is being treated for smoke inhalation.

But it was the swift action from his neighbors that saved him from the smoky room.

"We couldn't get the door open in time, so we went around the back and he was halfway hanging out," says Linda Wilson.

Firefighters could not tell what was burning in the pan on the stove but said anything left unattended in the kitchen can create a dangerous situation.

That man is expected to be ok.