kfsn
By ABC30
FRESNO, Calif. Fresno Police shot video of an undercover decoy as she worked Belmont Avenue Thursday. Officers say they've received countless complaints from neighbors about a growing problem. Police say many of the "Johns" they've been arresting have done this before.

Fresno Police Officer Greg Garner said, "We finding a lot of repeat offenders coming back and were hoping that by publicizing their names or making their names available for publication that maybe they'll think twice about coming down here and committing this crime."

Fresno Police say the men who are picking up these prostitutes are funding gang activity. But do these men really care? We asked a Fresno State Criminologist.

Dr. Eric Hickey said, "The fact that they're supporting gang activity in our community, I don't think that's gonna matter at all. It will matter that they are going to have their pictures in the paper. That can affect their livelihoods, their families, and so on."

Officers say prostitutes are controlled by pimps, and those pimps are using the money to keep other types of crime going in Fresno.

"What we're seeing is that the money prostitutes are earning is going to fund drug dealers. They use it to purchase large amounts of dope that they resale in the area," said Officer Garner.

Police say the sting is the first of many to come. Officers say most of the men who pick up prostitutes are employed and the busiest times of day are during the lunch hour and after work. 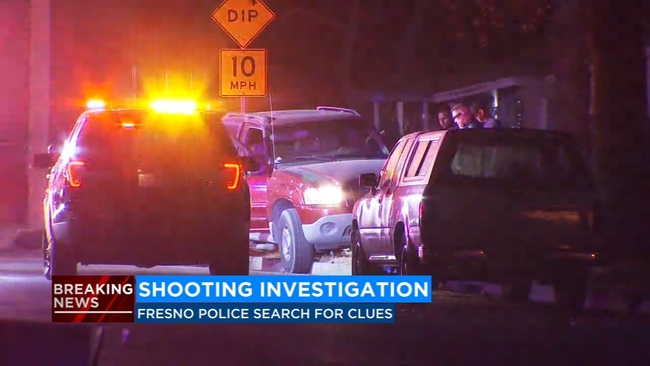