/*Vanessa Rincon*/ is charged with attempted murder and injury to a child. Action News has obtained court documents that could play a big role in her case.

A search warrant made public Wednesday lists what police took from Rincon's home -- including a bloody piece of carpet, pill bottles and a white substance resembling methamphetamine.

As Fresno Police took Rincon into custody, officers were scouring her apartment for evidence.

Investigators say Rincon confessed to stabbing her son, Noah, up to 20 times and throwing him down a flight of concrete stairs.

The search warrant shows they found a five-inch knife blade inside the apartment.

Blood stained Rincon's clothing when police arrived, but police found her 2-month-old daughter unharmed, just one room away from a bloody carpet.

Rincon had recently lost touch with family members, who thought she was acting strange and possibly using drugs.

"Her behavior, you know, that's the idea of we first thought, that she would be going through something like that, depression," said her sister Christina Esqueda. "She's a single mom, a mother of two small kids. I can only imagine what she's going through."

The search warrant confirms their suspicions. It reveals that police found a white substance they believe was methamphetamine, along with drug paraphernalia.

Noah's still hospitalized, but his condition is improving, and now, Rincon's sister, Teresa Kent, is trying to make sure he and his sister are safe. The nurse left her job and home in New York and hired a team of Fresno-based attorneys to fight for custody.

"She flew to Fresno," said Mary Moshrefi, of the legal firm Walters & Moshrefi. "She's quite shocked about the actions of the mother."

Several family members attended Rincon's arraignment Tuesday, but CPS hasn't allowed any of them to see the children. They're hoping that changes soon.

"She is working diligently, hand in hand with CPS to provide a safe environment for the children," said Moshrefi.

A CPS official told me the agency's goal is always to place kids with relatives, as long as they believe the relatives will protect the kids.

A custody hearing is scheduled for later this month. 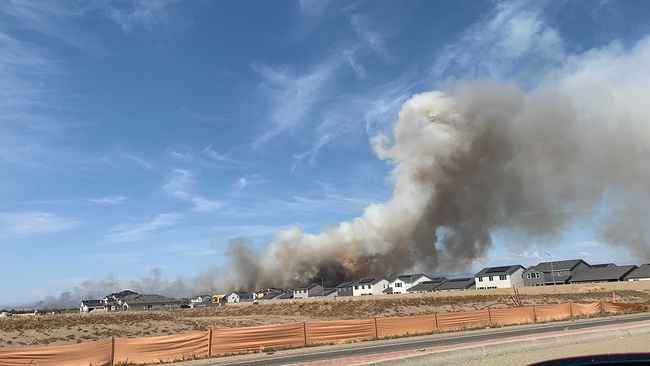