20-year-old Stephanie Cordoba was one of the three young girls who died in that crash. We spoke to a friend of hers who says she is devastated about the loss.

Still, she feels grateful knowing she was supposed to be the fourth girl in the S.U.V. that night.

For nearly two days straight, Desiree Cisneros has done nothing but sift through photos and reminisce about the good times she had with her best friend, Stephanie Cordoba.

Desiree Cisneros said, "Her and my sister were both my maid of honors in my wedding, she worked for me, she was a friend, she lived me for a bit so that's like it kinda hit me a lot."

Early Thursday morning, Stephanie and her friend Vanessa Gonzalez were riding in an S.U.V. being driven by another friend Sylvia Garay. All three girls died after their S.U.V. rolled over on Highway 99 near McKinley and then was hit by the Greyhound bus.

Cisneros says the three girls were out celebrating a birthday in the Tower District and that the crash happened within minutes of Stephanie's home. "That's her exit. According to the time, that's when all the clubs shut down and everything. So, basically they were taking her home and she lives a mile right from there."

Despite her pain, Cisneros says she considers herself lucky. That's because she was supposed to be in the car with Stephanie that night. But after getting ready, and even setting up a time to meet, Cisneros cancelled at the last minute.

"Everything happens for a reason. My client called me, I was working, I couldn't go, I'm just glad I didn't go, I just hate that it was her."

Since her death, Cisneros has helped Stephanie's family by making funeral arrangements and doting on Stephanie's three-month-old daughter, Sienna. Cisneros hopes these pictures will not only help the newborn as she grows, but also soothe the pain for everyone in Stephanie's life.

"She's going to grow up and she will remember her mom because of the fact everything being involved with Stephanie. Stephanie had a lot of good friends and family, that she's going to see all these pictures."

In addition to her daughter, Stephanie also leaves behind a fiancé and two younger sisters. Her funeral is scheduled for Sunday. 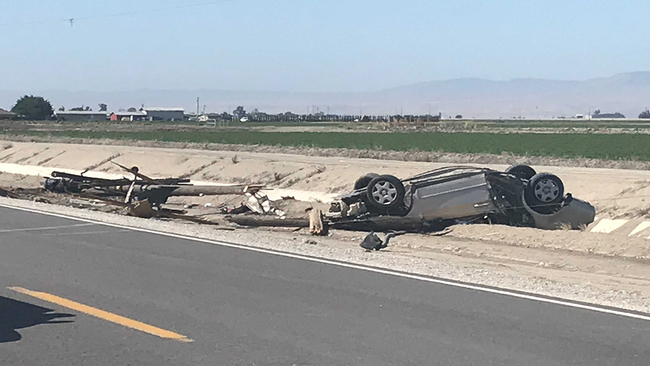