The shooting happened Saturday night in Pixley on Sierra, near Road 134.

Sheriff's deputies say they are still questioning one person they detained in connection with the crime.

This latest incident means nearly one-third of homicides in rural Tulare county this year are related to medicinal marijuana grows.

Lopez says he was sleeping and didn't hear a disturbance. It wasn't until he stopped by his neighbor's house the next morning when he realized what went wrong.

"Next thing I know we drove up and they told us to back off and we got there and seen a couple bodies there on the ground," he said.

A third victim, Damion Campos-Martinez, was shot in the leg and is expected to recover.

Sheriff's detectives spent most of Monday questioning someone who is also somehow related to the medical marijuana site.

"It appeared they were known to the actual location. They came to that location specifically to meet with people and to have a discussion, and a fight broke out at that point," Chris Douglass of the Tulare County Sheriff's Office said.

So far this year, the tUlare County Sheriff's Office has investigated 18 homicides. These latest killings mean nearly one-third of the murders are related to a medicinal marijuana grow.

Moises and Antonio Padilla were the fourth and fifth homicides that took place at a medical marijuana site this year.

Sheriff's deputies are still investigating whether the medical marijuana site was legal and in compliance with the county's ordinance. 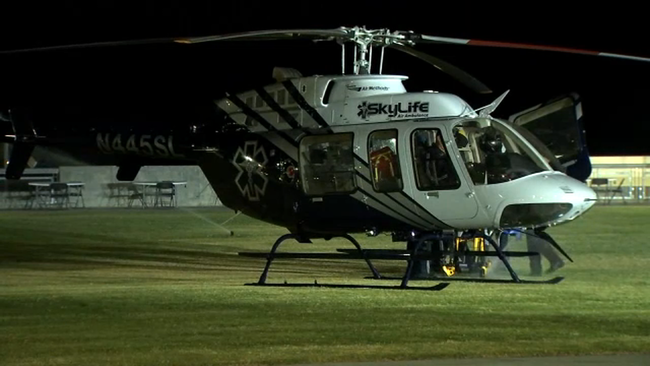