The murder victims were identified as 73-year-old Edith Machado and her neighbor 60-year-old Vernon Lindsay.

The suspect was arrested by Clovis police just last week for elder abuse, ripping a phone line out of a wall and being drunk.

He was booked, cited and then released a day later.

Clovis police are working to find out why he first murdered his mother, then walked across the street to take the life of a neighbor.

Leroy Lindsay says his nephew opened the door to see what the commotion was about when he was gunned down. Even worse, his 87-year-old mother had to witness the violence.

"She just said she found her son, after the shots she heard laying there on the floor, in his own blood," Leroy Lindsay said.

Clovis police got several 911 calls from neighbors who heard the gunfire and called for help. One of the calls came from Jessi Galiher.

"It was 12:30 last night and I was laying in bed and a car speeds off and I come outside and I don't see anything," Galiher said.

Police say sometime during the crime spree the suspect went to a convent at nearby Our Lady of Perpetual Help church. It's unclear why he went there, but he was clearly on a deadly mission.

"Banged on the door there, rang the doorbell repeatedly- no one, thankfully answered. He then, from what we're told went into the sanctuary and actually fired a shot at the crucifix in front of the altar," Janet Stoll-Lee of the Clovis Police Department said.

Family members and neighbors say Vernon Lindsay lived with his elderly mother to care for her. They described him as a friendly man.

"Me and my children took walks often and he always talked to us and we'd pick flowers and play with his dogs and we'd talk about the neighborhood and what's going on, he's very sweet," neighbor Devi Galiher said.

Clovis police spent the morning canvassing the neighborhood, interviewing neighbors and looking for clues. They are working to find a motive as they piece together the suspects final moments before the fatal shooting.

Traffic to the area has completely been blocked off from Bullard to Tenth and Pollasky to Minnewawa.

Fortunately the school day was not interrupted at Our Lady of Perpetual Help since the children are still on spring break. 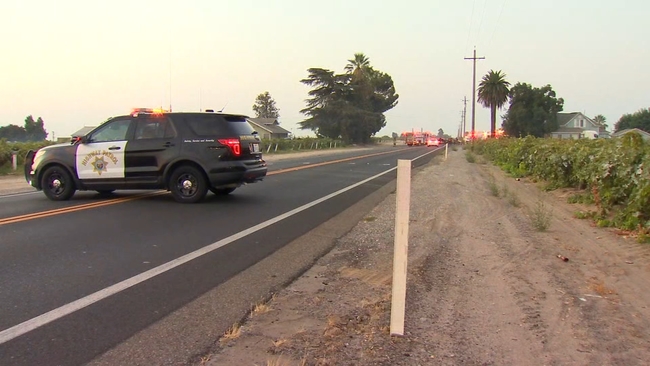