In Los Angeles, the Sheriff's Department activated its emergency operations center and increased patrols at transit hubs, schools and county buildings, while in New York, critical response teams were deployed citywide and officials stepped up security at hotels and other prominent locations.

California emergency management officials activated their statewide threat assessment system, which was established after the Sept. 11, 2001, World Trade Center attacks. And officials in multiple cities and counties throughout the state were reviewing information from federal authorities for possible threats.

At the White House, the Secret Service quickly expanded its security perimeter, shutting down Pennsylvania Avenue and cordoning off the area with yellow police tape. Several Secret Service patrol cars blocked off entry points to the road, though the White House was not on lockdown and tourists and other onlookers were still allowed in the park across the street.

Agencies were also stepping up their social media response, telling the public via Twitter and Facebook to report suspicious activity to the police.

In Seattle, police increased patrols in neighborhoods and around government buildings and other facilities. In Colorado a statewide alert was sent out advising law enforcement agencies to look out for suspicious activities.

"We have no indications that suggest there's a nexus from Boston to the Los Angeles airport, but in an overabundance of caution, we have heightened our patrols," Gannon said.

At the Port of Los Angeles and Long Beach, police increased security procedures by doing critical site checks of property around the port complex as well as coordinating with multiple local and federal law enforcement officers.

The explosions also spurred a review of security at upcoming sporting events. British police said they were re-examining plans for Sunday's London Marathon - the next major international marathon.

The San Francisco Police Department was also rethinking security for the upcoming San Francisco Marathon in June and the Bay to Breakers race in May. In Indianapolis, authorities were reviewing security for next month's 500 Festival Mini-Marathon, while in Nashville, increased security precautions were being considered for the Country Music Marathon on April 27. Stepped up security was also put in place for this weekend's marathon in Lansing, Mich.

Security was heightened for a number of sporting events Monday night, including the Dodgers-Padres game in Los Angeles and the Nationals-Marlins game in Miami. But Major League Baseball said no changes were planned to ceremonies at ballparks around the country to commemorate Jackie Robinson Day, though several teams informed the league they planned moments of silence.

In Miami, a police officer with a dog patrolled near a ballpark entrance - an unusual sight at the venue - two hours before the game. In Tennessee, hockey fans watching the Nashville Predators play the Vancouver Canucks were seeing "more visible presence around the building," team spokesman Kevin Wilson said. 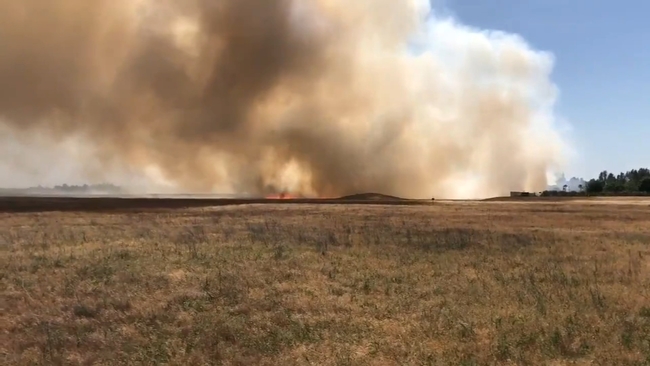