Surveillance video captures a thief breaking into a pharmacy in Friant

The owner of the pharmacy has several surveillance cameras installed throughout his store and the video is pretty remarkable. Video captures the crime from the break in all the way until the suspect gets away.

Cameras inside the pharmacy caught the thief breaking through the ceiling and then a few seconds later pushing his way inside.

At about 2:30 a.m. Sunday a burglar sliced a ventilator on the rooftop, smashed the ceiling and dropped into the pharmacy. The suspect was cut several times by metal as he slipped through the roof of the building.

"His whole side is all, where he slipped through the vent is all torn up," Howard said.

The cuts on the suspect dripped blood inside the store. The thief also tried to break into the register but didn't have much luck there, so he took a heavy duty hammer and smashed the glass leading into the room where all the medication is kept.

"Usually in these types of burglaries at pharmacies they are looking for more the narcotic type drugs which are opiate based pain killers and that doesn't seem to be the case in this burglary," Sgt. Kevin Lolkus with the Fresno County Sheriff's Office said.

Investigators say the suspect took off through the back door with about a dozen bottles of cough syrup even though there were controlled substances available. The store owner said the thief left behind the saw he used to slice into the ventilator, the heavy duty hammer he used to smash the glass, and a lot of blood. Deputies are using everything he left behind as evidence. 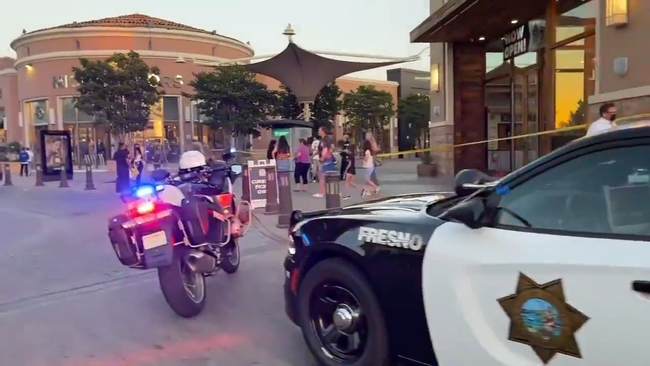