It happened just before 3:30 Thursday afternoon near the intersection of Childs Ave. and Coffee Ave. in Merced, just as students were being let out of school.

Police said it all started near Highway 99 and continued down city streets for nearly two miles until the victim pulled over to confront the driver who was following him.

That's when officers said the suspect pulled out a gun and shot the victim once in the chest, forcing administrators to place nearby Golden Valley High School on lock down for about 30 minutes.

"It's frightening, especially being a parent," said Chad Davis.

Frightening for families at Golden Valley High and Weaver Elementary Schools after road rage led to the shooting of a 23 year old man within several blocks of both campuses.

"She (daughter) was just getting out of school, walking home and all the busses were late and everyone was late getting home. It was really a scary thing," said Davis.

It was at the intersection of Childs and Coffee where police say the victim stopped the car after being followed.

"The victim pulled over, got out of the car went to confront the other subjects and one of the subjects in that vehicle produced a fire arm, shot one time and hit him in the upper body." And then were last seen going towards Planada," said Lt. Chris Goodwin.

A neighbor, who did not want to be identified, said she was cooking in her kitchen when she heard the gun shots and looked outside.

"I saw the boy that was shot. His friends got out of the car and pushed him over to the passenger side," she said. "And you could see them just holding his chest and his eyes were rolling back into his head."

She said the victims friends then sped off, making it to a nearby shopping center where they flagged down police responding the shooting.

"That's how we crossed paths with them at Rancho San Miguel Grocery store when they were going to the hospital," said Goodwin.

That's where Action News viewer David Bueno captured cell phone video in the parking lot. In it, you can see the victim's friends were visibly upset as they waited for an ambulance to arrive.

"I feel sorry for the students who were exposed to it because an innocent victim could've gotten hurt," said Neighbor Isabel Garcia Nava.

Police said the victim was rushed to the hospital where he was pronounced dead about an hour later.

Investigators are now searching for information about the getaway car. Neighbors said they're hoping traffic cameras at the intersection of the shooting will provide them with a better description of the car and suspects. 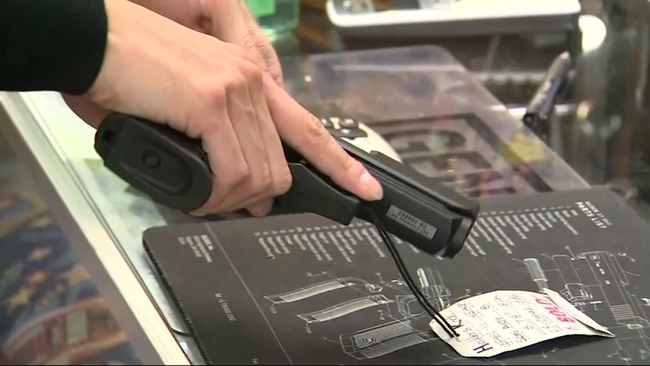