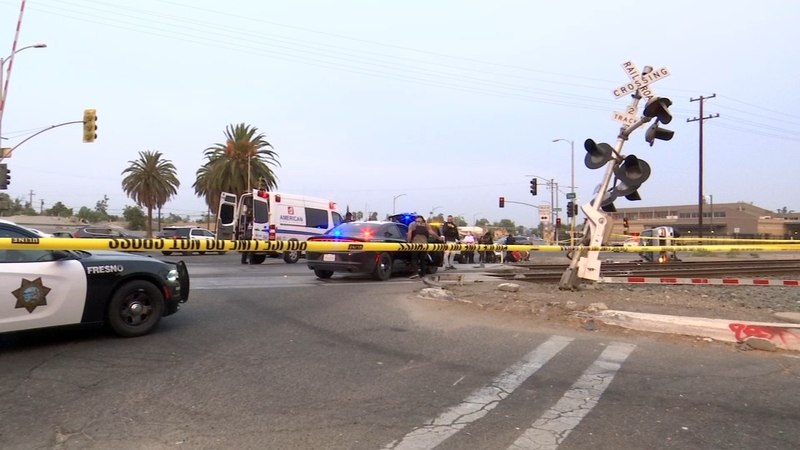 FRESNO, Calif. (KFSN) -- Police arrested a group of armed men after a pursuit ended with a big crash in central Fresno on Friday.

Officers received a 911 call about a man with a rifle near Shields and Valentine.

Police eventually found the suspect in an SUV nearby but when they tried pulling the car over, the suspects took off and started a pursuit down Highway 99.

"At that time, officers observed the occupants of that vehicle throwing weapons outside of the vehicle and onto the on-ramp on 99," says Fresno Police Lt. Bill Dooley.

The SUV exited Highway 99 on Olive and crashed into railroad track signs at Weber before the truck flipped onto its side.

Police arrested four men inside the car and retrieved the three guns that were thrown out of the window.