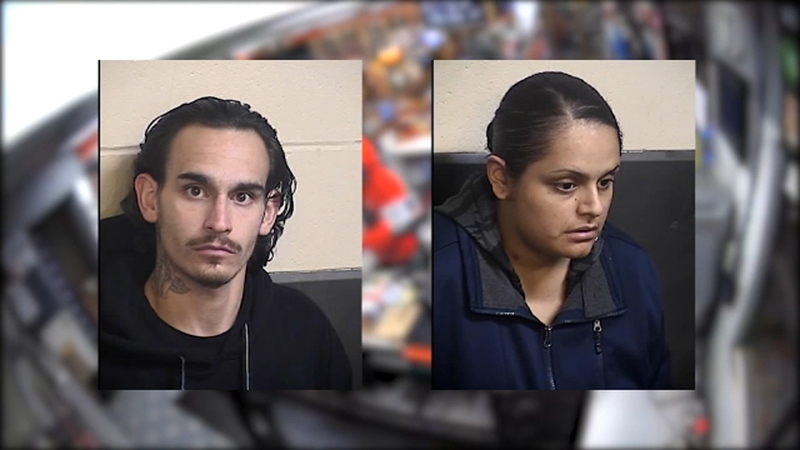 2 arrested for string of armed robberies in Fresno County

Deputies first began investigating a robbery that occurred at a 7-Eleven on Ashlan Avenue on January 21. During their investigation, detectives learned that two similar robberies had taken place at 7-Eleven stores in the city of Fresno between January 9 and January 11.

Investigators believed the three crimes were connected. They searched through surveillance footage and discovered the suspects drove away in dark-colored Chevy Cobalt.

A fourth robbery then happened at the Central Food Mart near Malaga on January 23. The suspects in that robbery were also seen driving off in a dark Chevy Cobalt.

A couple of days later, officials say the same suspects robbed another 7-Eleven and a Johnny Quick gas station.

Fresno County sheriff's detectives and Fresno police investigators worked together to search for the suspects' vehicle.

Deputies tracked down the car at a Days Inn hotel on Second Street in Fresno. That's where they found Maldonado and Contreras. One was in the Cobalt, and the other was in a Hyundai Santa Fe that had been reported stolen.

The sheriff's office says detectives and K9 brought both suspects into custody. Investigators found stolen items from the robberies in both vehicles and a hotel room.

Maldanado and Contreras have been booked into the Fresno County Jail.