Arrest made in hit and run that killed a 3-year-old girl, Merced Police say 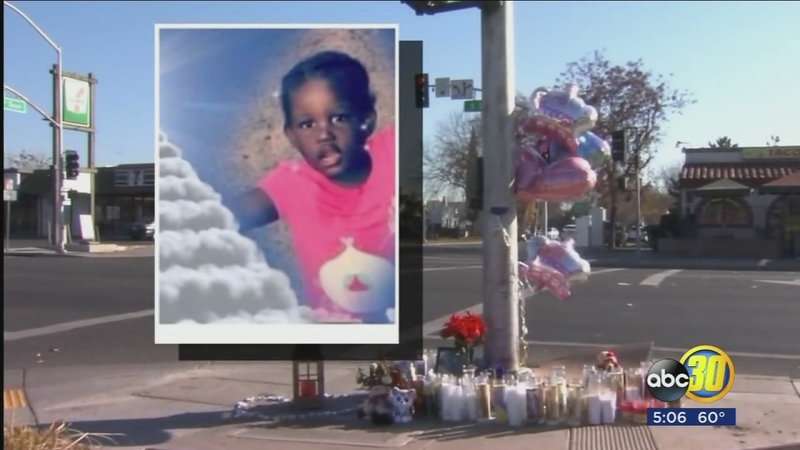 FRESNO, Calif. (KFSN) -- A family is still grieving for three-year-old Dayveonna Polk, whose life was cut short after she was hit by a car.

After days of searching, Merced Police arrested 22-year-old Isaac Maldonado who allegedly was the driver that took the child's life.

"I've got to bury my 3-year-old daughter. I would never think that either of my kids I would have to bury them at 3 years old," said Shawn Bradford.

They found both Maldonado and his car in Modesto but investigators say the car had been modified.

"It had the race tail fin on the trunk has been pried off and removed and the right tire doesn't have the original tire. It has the donut spare," said Lt. Jay Struble.

Police say Maldonado did not have a valid license at the time, and jail records show he had an extensive criminal history that includes arrests for burglary and violating his probation.

Meanwhile, candles and dolls mark the spot where Dayveonna's memory lives on.
Some who did not even know the young girl came to pay their respects saying the tragedy hits close to home.

"I got an 11-year-old daughter. I've been going through some hard times as far as money wise, but I'm a fighter. I'm a man. After I see this, it just hurt--just I feel sorry for the family and I pray for them," said Pete Romo.

"I miss my baby running around here saying, momma, I love you. I can't hear that from her no more," said Bradford.

Despite an arrest, there's one question Bradford wants the driver to answer.