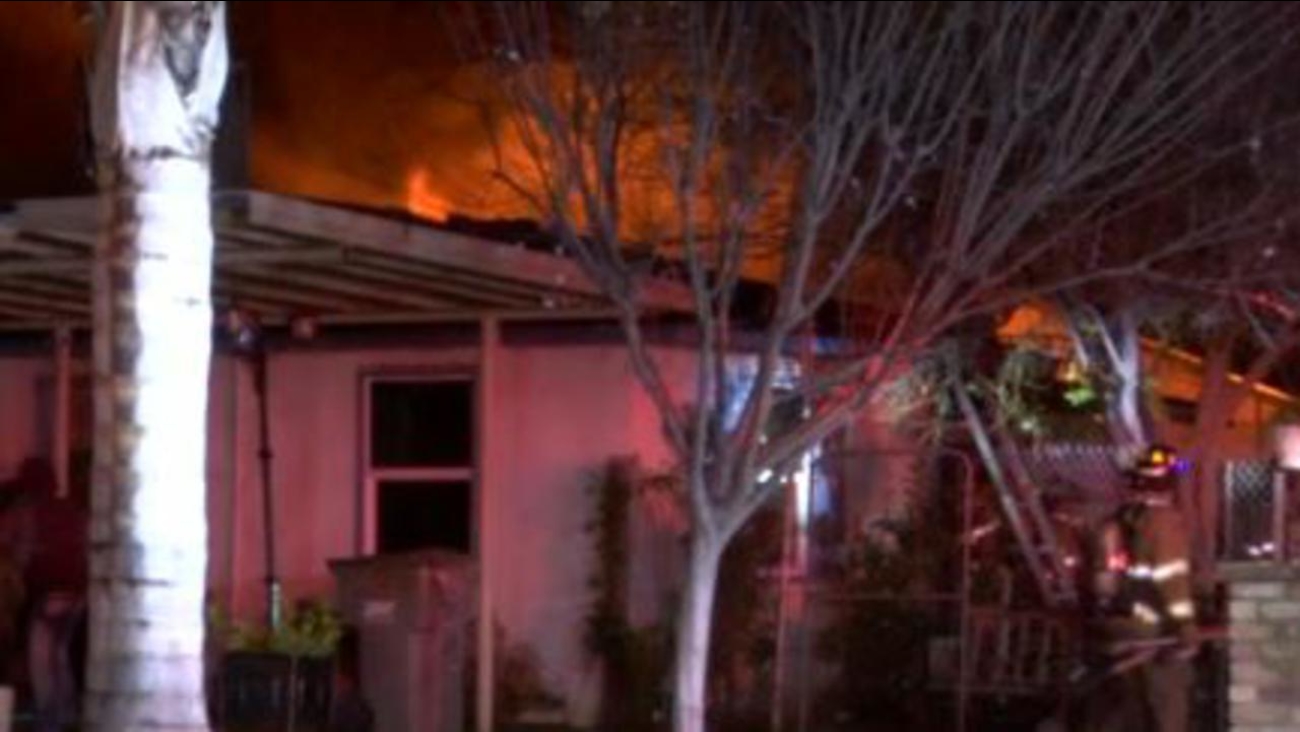 A pile of debris is probably to blame for a two-alarm house fire Sunday morning.

911 calls started pouring in from the Mayfair District around 4 a.m. and firefighters found flames towering over the home.

They say at least four people live inside the home, but everyone got out safely. One of the residents tells Action News they even rescued four newborn bulldog puppies.

Neighbors said they woke up to explosions and fire trucks, but firefighters say the noise was probably just debris burning.

Arson investigators are checking for a cause.

"Nothing suspicious," said Fresno Fire Department battalion chief Brian Price. "It's under investigation. It does look like it started in the exterior and then burned into the structure itself and the large debris pile actually helped contribute to the fire's spread as well."

At this point, there's no estimate to the damages, although it'll likely be in the tens of thousands.