At least 48 dead and dozens missing, most of them children, after massive fire at Russian mall 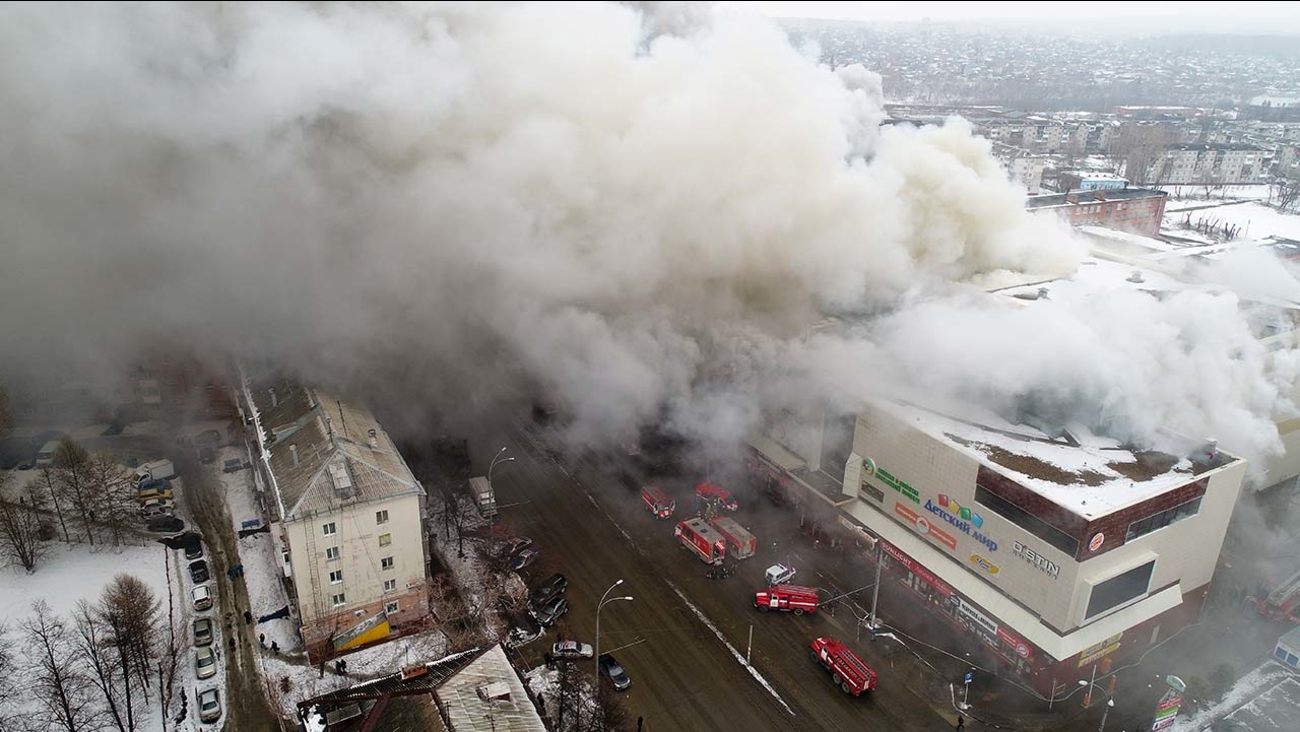 MOSCOW (AP) (KFSN) -- A Russian official says 48 people have been confirmed dead in the fire at a shopping mall in a Siberian city.

Russian Deputy Emergencies Minister Vladlen Aksyonov was quoted in Tass news agency on Monday as saying the additional bodies were discovered during the inspection of the scene after the fire was extinguished.

The fire is believed to have begun on the top floor of the four-story Winter Cherry mall in Kemerovo on Sunday. The cause wasn't immediately known but a criminal investigation was begun.