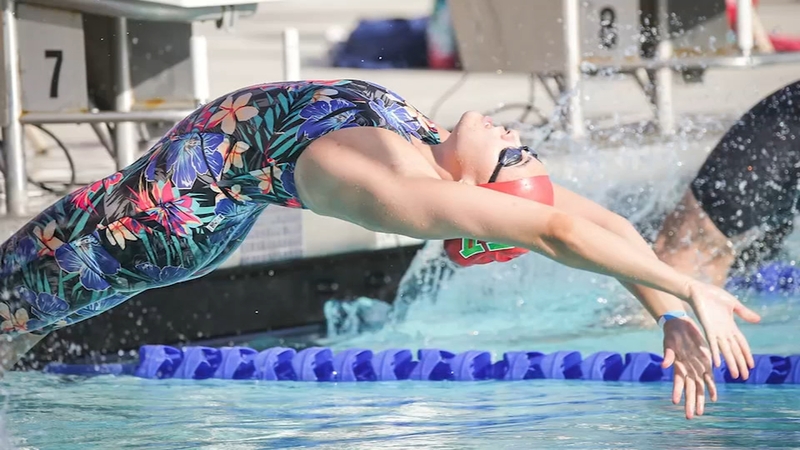 FRESNO, Calif. (KFSN) -- Athena Clayson began swimming at just five years old and attended an English boarding school that specializes in swimming. It was there she won her first national medal at the British Summer Championships.

"I represented team GB at the European Youth Olympic Festival at the age of 14," she said. "That was an amazing experience, competing alone, abroad, in a multi-cultural event, the whole experience of that was really eye-opening. I can really do this on an international level, I don't need to stay in England and hold myself back when there is a whole world out there that I can take advantage of with my swimming."

It was then she decided to take her career to the next level, committing to Fresno State. She says the hardest adjustment about moving to America was the change in the metric system.

"Going from swimming and racing in meters to yards, that was a huge thing for me," she said. "I personally love racing in yards; it's a lot faster, quicker and exciting. It wasn't an adjustment I was upset about, the training is a lot different. It's more quality than quantity that I really like."

Athena is just one of many international Bulldogs on the swimming and diving team, with teammates hailing from Italy, Israel Iceland, Russia and Ukraine.

"My best friend, Eydeis, she's from Iceland and I just think it's so cool that there are so many varieties of different traditions," she said. "I obviously have a British accent. Traditions are very cool to learn about, especially during Christmas time. I learned a lot about what people do at different times of the year."

Only two more meets remain. The Bulldogs wills host both UC Davis and San Jose State at the end of the month. As for Athena's new year's resolution..