Police say the motive is unclear, but neighbors believe the shooting was a 'hit'.
KFSN
By Corin Hoggard 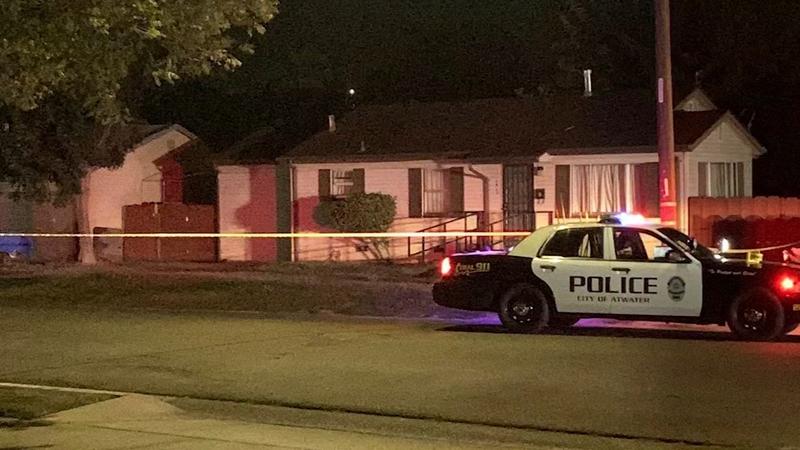 ATWATER, Calif. (KFSN) -- A gunman in Atwater opened fire at a home and killed a mother while her young daughters slept just a few feet away.

Gunshots woke the neighbors at about 1:15 am on Tuesday and they watched as police cars and an ambulance came to the house where the mother had just been hit.

"They attempted first aid," Salvador said. "Emergency medical showed up. Lifesaving operations were conducted. They were unsuccessful and she was declared dead at the scene."

Two bullets went through a front window into the living room where two young girls slept.

Six bullets went through a metal screen and the front door.

At least one came out the other side of the house and broke a car window.

And at least one hit and killed the 32-year-old victim. Nobody else got hit.

Police say the motive is unclear, but neighbors said she was trying to keep a low profile at her father's house.

The neighbors didn't want to talk on camera because they said they believe the murder was a "hit."

At least a couple of neighbors on Eucalyptus St. have surveillance cameras and police say they'll check the video for clues, trying to identify whoever opened fire and what getaway car they used.

But the investigation is still in its early stages for now.