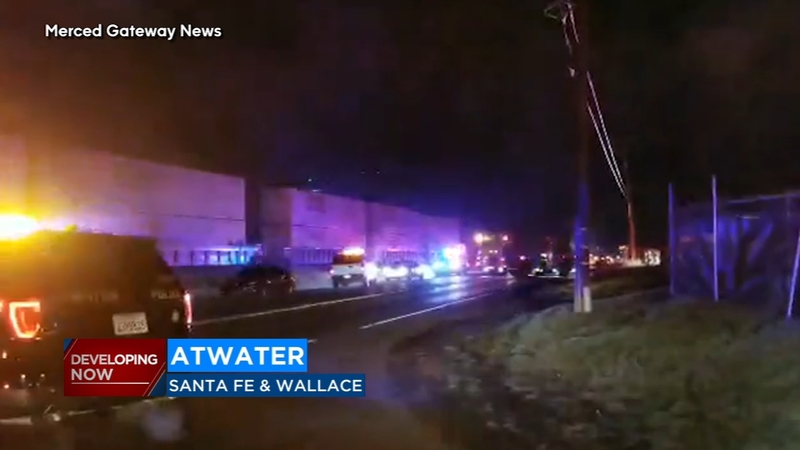 FRESNO, Calif. (KFSN) -- A woman is dead, and a man is being treated at a hospital after they were struck by a car in Atwater.

It happened on Santa Fe Drive and Wallace just before 9:30 p.m. Monday.

California Highway Patrol officers say a woman was driving west on Santa Fe near Wallace as a man and woman walked near the shoulder of the road.

Investigators say the woman was walking in the traffic lane. By the time the driver saw the pair, it was too late.

She tried to swerve but ended up hitting the woman, pushing her into the man. The woman died at the scene. The coroner's office identified her as 77-year-old Maria Luna from Winton.