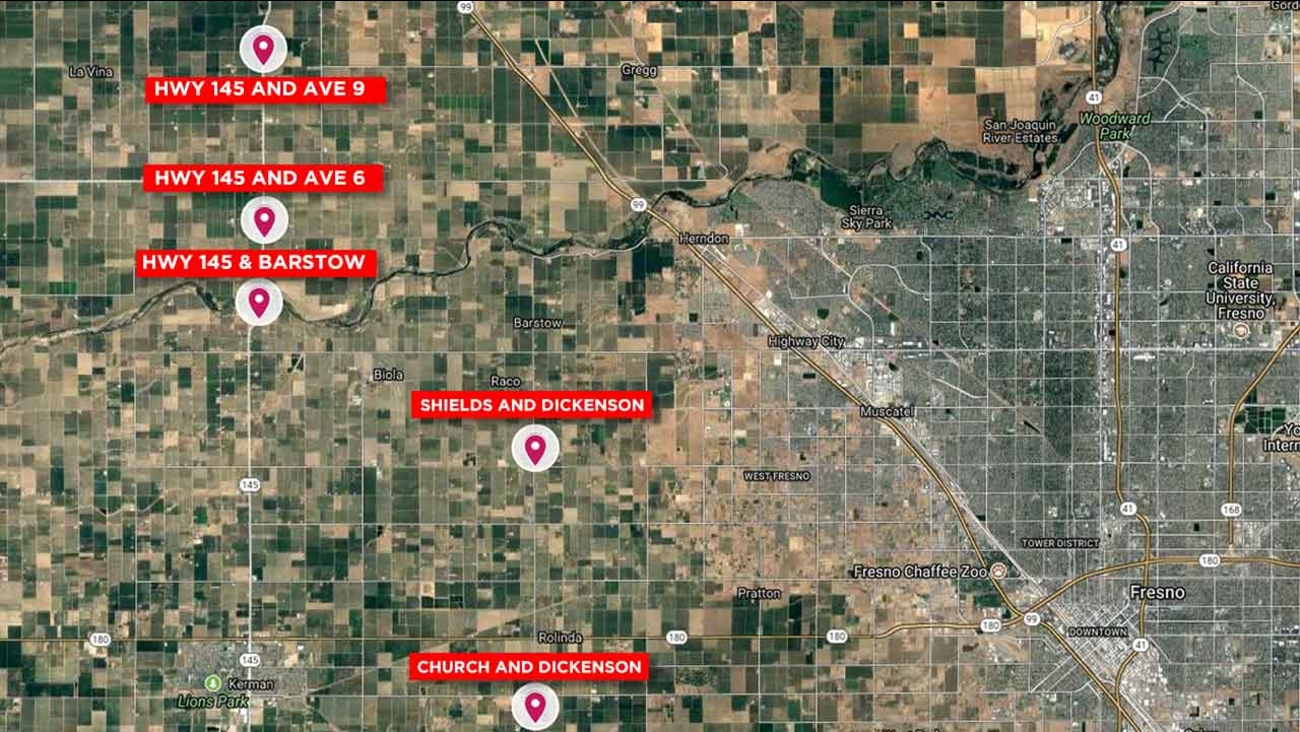 FRESNO, Calif. (KFSN) -- The Fresno County Sheriff's Office is warning the public of a string of random roadway shootings over the past couple of weeks.

On Monday night, the Fresno County Sheriff's Office received reports of another random shots fired call at Church and Dickenson. When deputies arrived they found that a car window had been struck. Officials said this is now the fourth random shooting in Fresno County, the sixth overall.

We reported on three other shootings, two at the same location, that are being investigated in Fresno County, while another two happened in Madera County. Most notably though, three of the incidents happened on Madera Avenue near Highway 145.

Deputies say the suspects appear to be firing at cars as they drive past them. One driver was reportedly injured in the shootings, while the others later found several bullet holes in their cars.

A description of the suspects is unknown and anyone with information is asked to call the Fresno County Sheriff's Office.