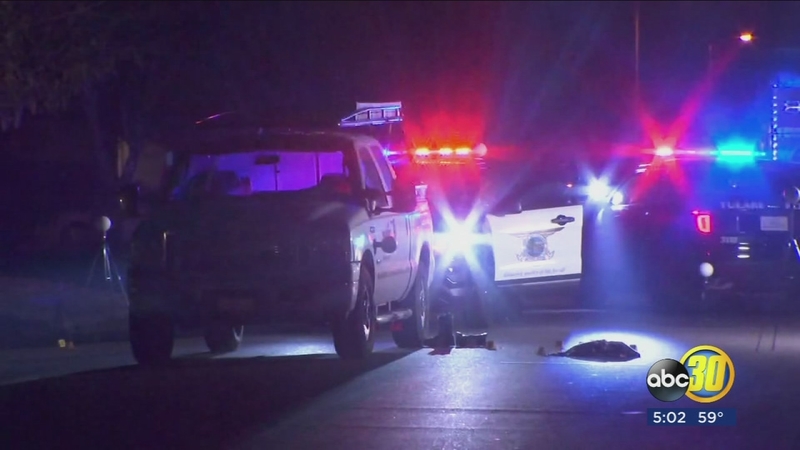 TULARE, Calif. (KFSN) -- A Tulare neighborhood is back open after law enforcement closed it while they worked thru the night collecting clues following a deadly officer involved shooting.

"We heard gunshots. I didn't even really know at first and the guy I was talking with said, wow that was gunshots and less than 30 seconds later three cop cars come swooping around the corner. We didn't know there was cops already down the street," said witness Wendy Fever.

That was the scene Tuesday night around 7:15 p.m. on Spruce near Stockham, after Tulare Police said they were forced to open fire on 40-year-old Robert Allen.

"The officer was not injured, they placed on administrative leave as a protocol pending the outcome of the investigation," said Sgt. Jon Hamlin.

It started as a domestic violence call on nearby Becky Avenue where police say a gun was fired, before the suspect took off in a vehicle.

Officers later spotted that vehicle about a mile away on spruce and pulled it over.

According to police, Allen got out but did not follow officers' orders and shots were fired.