Auto car theft is down, 463 fewer cars stolen this year 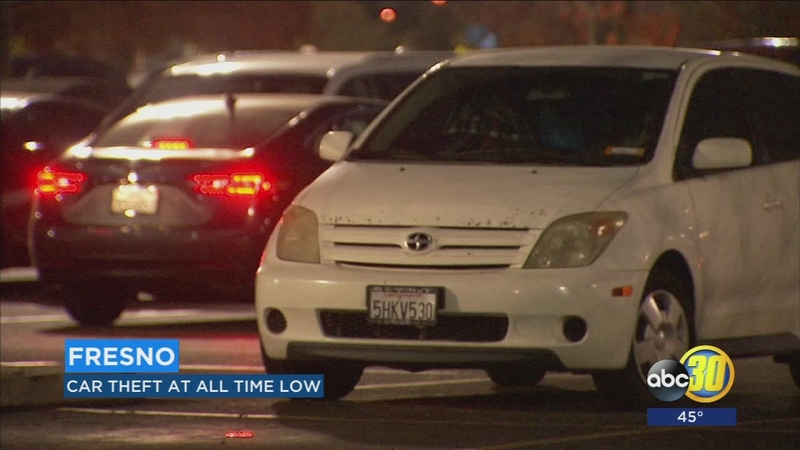 Auto car theft is down, 463 fewer cars were stolen this year

FRESNO, Calif. (KFSN) -- At one point Fresno was recognized as the car theft capital of the nation but now that is history.

For the last three years vehicle theft has gone down and now it is at an all-time low--14.7 percent.

"The goal is to not arrest them frequently, to arrest them and keep them in jail," said Police Chief Jerry Dyer.

That is one way the Fresno Police Department is keeping your vehicle safe. FPD has five beds in the county jail dedicated to car thieves.

"Some of these individuals are stealing at least one car per day so if we can get one person off the streets and keep them off the streets, that is seven cars that are not being stolen in our city," said Dyer.

Police say more than 50 percent of those involved in auto theft have a violent criminal history, but it does not stop there, about 30 percent are also involved in gangs.

"Nearly all of those individuals are involved in drugs specifically methamphetamine.

Prevention starts on the streets with patrols and their criminal auto theft team.

So where is the safest place to park your car?

"The crime of auto theft shifts so if we are putting pressure in the northeast policing district those thieves will shift over to northwest or southeast."