Victim who died in Tesla crash had complained about auto-pilot

I-TEAM EXCLUSIVE: Victim who died in Tesla crash had complained about auto-pilot

MOUNTAIN VIEW, Calif. -- Friends and family are mourning the death of Apple engineer Walter Huang after he crashed in his Tesla in Mountain View Friday.

Tonight, the ABC7 I-Team has word of a major development in the investigation. His family says Huang complained about the Tesla's auto-pilot "before" the accident. Dan Noyes has an exclusive report.

Walter Huang's family tells Dan Noyes he took his Tesla to the dealer, complaining that -- on multiple occasions -- the auto-pilot veered toward that same barrier -- the one his Model X hit on Friday when he died.

ABC7 News Photographer Dean Smith captured exclusive video today of investigators from the CHP's Multidisciplinary Accident Investigation Team and National Transportation Safety Board at a San Mateo tow yard, inspecting the wreckage of the Tesla Model X involved in that fatal crash on southbound 101 Friday. We spotted them taking a control module out of the vehicle, tucking it into an evidence bag.

The NTSB told Dan Noyes from their Washington headquarters, they recovered both the restraint control module and infotainment module today.

NTSB Spokesman Christopher O'Neil said, "We're going to work with CHP and Tesla to download the information from those modules and then see what data is available to us that might give insights into what was going on during the accident sequence."

The investigation into the fatal #Tesla crash continued today with the #CHP & #NTSB digging through the scorched EV 🎥 https://t.co/rfdgY88bn7 pic.twitter.com/vd2YzFmAZ0

We're learning much more about the victim -- 38-year-old Walter Huang had a wife and two kids, lived in Foster City, worked for 13 years as a programmer at Electronic Arts. This past November, he got a job as an Apple engineer and bought his new Tesla, posting a picture on his Facebook page.

He showed the SUV to his friends and former co-workers; we spoke with two outside Electronic Arts today.

"He was proud," said Shawn Price. "He was showing the gull wings, I remember going, a little bit of jealousy, like well."

Dan Noyes also spoke and texted with Walter Huang's brother, Will, today. He confirmed Walter was on the way to work at Apple when he died.

He also makes a startling claim -- that before the crash, Walter complained "7-10 times the car would swivel toward that same exact barrier during auto-pilot. Walter took it into dealership addressing the issue, but they couldn't duplicate it there."

Dan Noyes: "The family is telling me they provided an invoice to investigators, that the victim took the car in because it kept veering at the same barrier. How important is that information?"

Christopher O'Neil, NTSB: "That information has been received by the CHP, they've been acting on it for some time now."

Tesla would not comment on the information we've learned, and directed us to last night's blog post, "Our data shows that Tesla owners have driven this same stretch of highway with Autopilot engaged roughly 85,000 times since Autopilot was first rolled out in 2015. ... There are over 200 successful Autopilot trips per day on this exact stretch of road."

Tesla also posted these photos that raise another important question: they show what's called a "crash attenuator" or safety barrier in the proper condition ... and the way it was the day before Walter Huang's crash ... collapsed after a different accident.

Will Huang texted us, "That ultimately should've saved my brother's life. We've seen videos of similar crash with cushion and the driver walked out of it unharmed."

Walter Huang's friends are remembering his contributions to the gaming world. "He did some good stuff on some great games that I know some viewers out there will know him for," Shawn Price told the I-Team.

And they're missing his friendship during trips to the gym.

"We would get together just work it out and he to be there keeping you safe," said Price. "I mean that's what spotters do keep you safe and I know very much that he did the same thing for his family."

"He slept with his kids when they had nightmares," Travis Hoffstetter told us. "He painted his daughters nails, he let his daughter paint his nails, just did like everything awesome that you should do as a dad he did."

We called, but no word from CalTrans about that collapsed safety barrier that Walter Huang hit.bHis friends are raising money for Walter's wife and kids, to handle the expenses of the funeral and life after his death. If you're interested, here is the link: https://www.gofundme.com/ripwalterhuang

Tesla released a statement that reads: "We've been doing a thorough search of our service records and we cannot find anything suggesting that the customer ever complained to Tesla about the performance of Autopilot. There was a concern raised once about navigation not working correctly, but Autopilot's performance is unrelated to navigation."

Caltrans also offered a statement: "We are reviewing the facts and circumstances of this incident and are cooperating with the National Transportation Safety Board's ongoing investigation. Safety is our top priority and Caltrans will carefully evaluate the investigation's findings and take appropriate actions."

Family of Apple engineer who died Friday in Tesla crash tells me he had complained to dealer that auto-pilot veered toward that same barrier on multiple occasions. #ABC7now See more in my investigation here: https://t.co/ZU6yOP8ZuE pic.twitter.com/cMUa0v4c3o 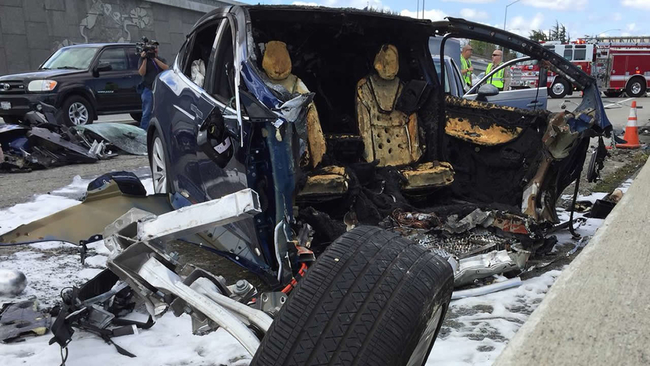 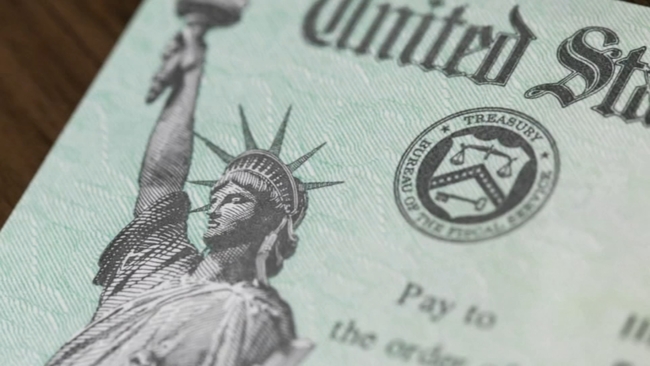