Know the Road with the CHP: When to move out of the way of a faster car 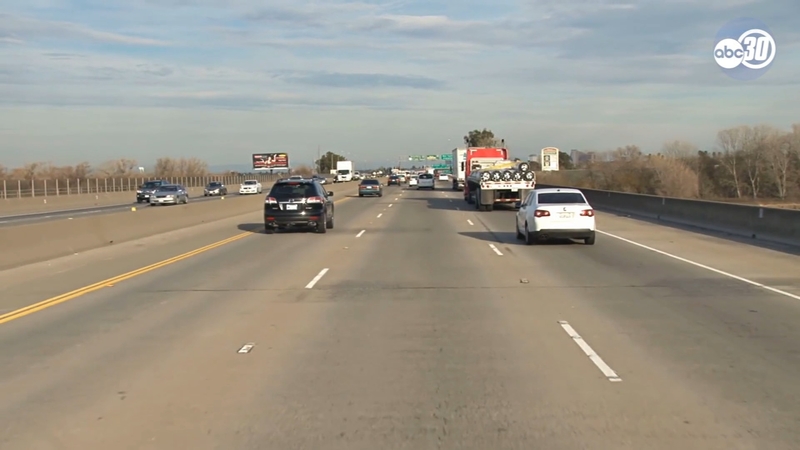 Know the Road: When to move out of the way of a faster car

FRESNO, Calif. (KFSN) -- If a car behind you is trying to drive faster than you, do you legally have to move out of the way?

"California Vehicle Code section 21654 states: any vehicle proceeding upon a highway at a speed less than the normal speed of traffic and moving in the same direction shall be driven in the right-hand lanes of traffic," said Sgt. Brian Pennings with the California Highway Patrol.

"So in essence, what this law says is that when you're traveling down a surface street for instance, if you are slower than the normal flow of traffic, you need to move over to the right-hand lane so that traffic that is faster than you can proceed in the left-hand lanes," he explained.

"Now where this law gets confusing and oftentimes misinterpreted is when it applies to the freeway. Yes, the law says that if you are a slower-moving vehicle you need to move that over to the right-hand lanes if you are slower than the normal flow of traffic. But if somebody is traveling in the left-hand lane, and they're already at or above the posted speed limit, that is not considered outside the normal flow of traffic."

"The intent of this law is not to provide a wide-open left lane so vehicles can travel as fast as they want to go," he added. "Even with this law in effect, the maximum posted speed limit on the freeway of 65 or 70 still applies."
EMBED More News Videos

If you're driving in the fast lane and cars are behind you, how many need to be there before you legally have to move out of the way?

So how many cars need to be behind you before you legally need to move out of the way?

"21656 of the Vehicle Code says five vehicles," said Sgt. Brian Pennings with the California Highway Patrol. "If there's a slower moving vehicle that has five or more vehicles behind them, they have to use a posted turnout, but that only applies to a two-lane roadway, it does not apply the multi-lane highways."

"So on a multi-lane freeway, if there's a slower-moving vehicle in the left lane and there's faster-moving traffic behind them and they're going less than the posted speed limit, they have to move over, even if it's just one vehicle," he explained.

For other answers from the CHP, go to abc30.com/knowtheroad.