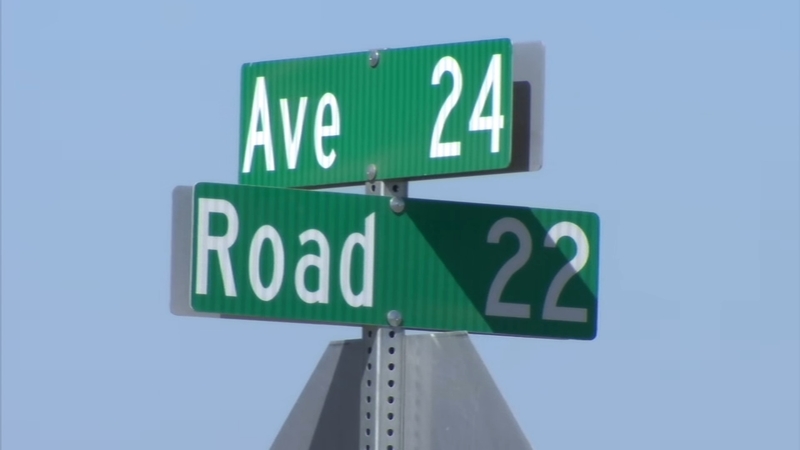 MADERA COUNTY, Calif. (KFSN) -- People in Madera County are demanding something be done about a dangerous intersection.

It's been the site of several serious accidents, including a crash last month that killed two sisters.

Investigators say a driver visiting from the United Kingdom ran a stop sign and slammed into their car.


On Tuesday, an RV full of German tourists ran the same stop sign, hitting a Dodge Ram, which flipped over into a dry canal bed.

Paramedics rushed five people to the hospital with moderate to major injuries.

The CHP says mobile maps have been leading tourists in this direction on their way to Yosemite, even though it's not the primary route.

Madera County Supervisor David Rogers says, "The problem is really simple, you've got this huge stop sign there, but people are not obeying the traffic laws. That's what causes all these accidents."

Still, Rogers does want to add more safety measures before any more tragedies occur. He says, "I don't want to wait until a child is killed to have something done out there."
Rogers tells Action News a traffic study actually started at the intersection one day before the latest crash, and he'll be meeting with officials from the nearby prisons as well as public works and local law enforcement agencies to discuss the issue next week.

He says residents often recommend signs with solar lights, but those can create their own problems.

"If they go out, we're liable because they weren't operational, and we're running into problems with people stealing the solar, shooting out the lights, and they're quite expensive, they're about $4000 per unit," he explains.

Rogers believes rumble strips or speed bumps may be a better option, but making changes is not a fast process.

"There are legal requirements. You can't just slap in a stop sign, blinking stop sign, rumble strips in any location. The conditions have to warrant that," he says.