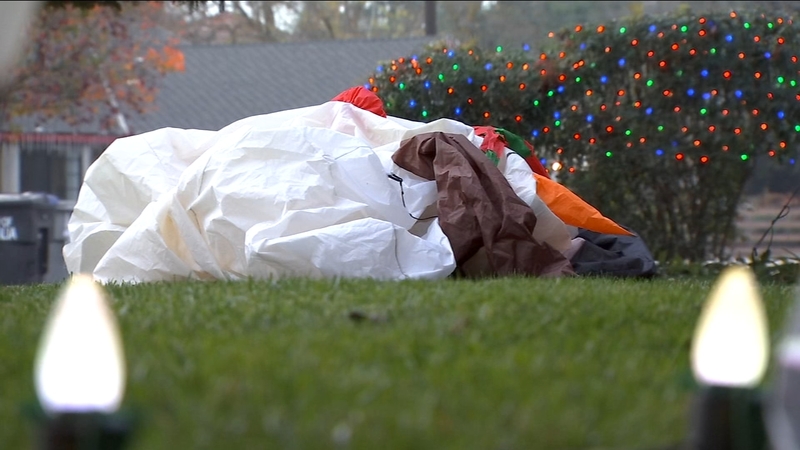 VISALIA, Calif. (KFSN) -- Visalia families are on the hunt for holiday vandals who slashed and snipped their decorations just weeks before Christmas. At least six homes were hit, all near Feemster Court this weekend.

Linda Fry says the town's beautiful displays are why she enjoys the season so much. What the vandals did to her home deflated more than just her spirits.

"Every house that had lights was hit, and if they had inflatables they were sliced. It was like a slice and dice," she said.

The damage happened so fast none of the families caught who was responsible, but they believe it's the work of the two teenagers. One neighbor who lives in the area posted surveillance video online, showing two young boys ripping off lights.

"Such a mean spirited incident because they didn't steal anything. We would have all much rather they stolen our things so we knew they enjoyed them than to destroy them."

For Pam Cox, who also had her lights ripped out, says it's not about the cost, it's about the lack of respect.

"It would be nice to teach them a lesson, make them do some community service."

"I have a $500 reward posted, because I would like to sue their parents," said Fry.

By Wednesday night, Fry was back at work -- nearly done repairing her decorations.

If the vandals dare come back, she'll be waiting for them this time.