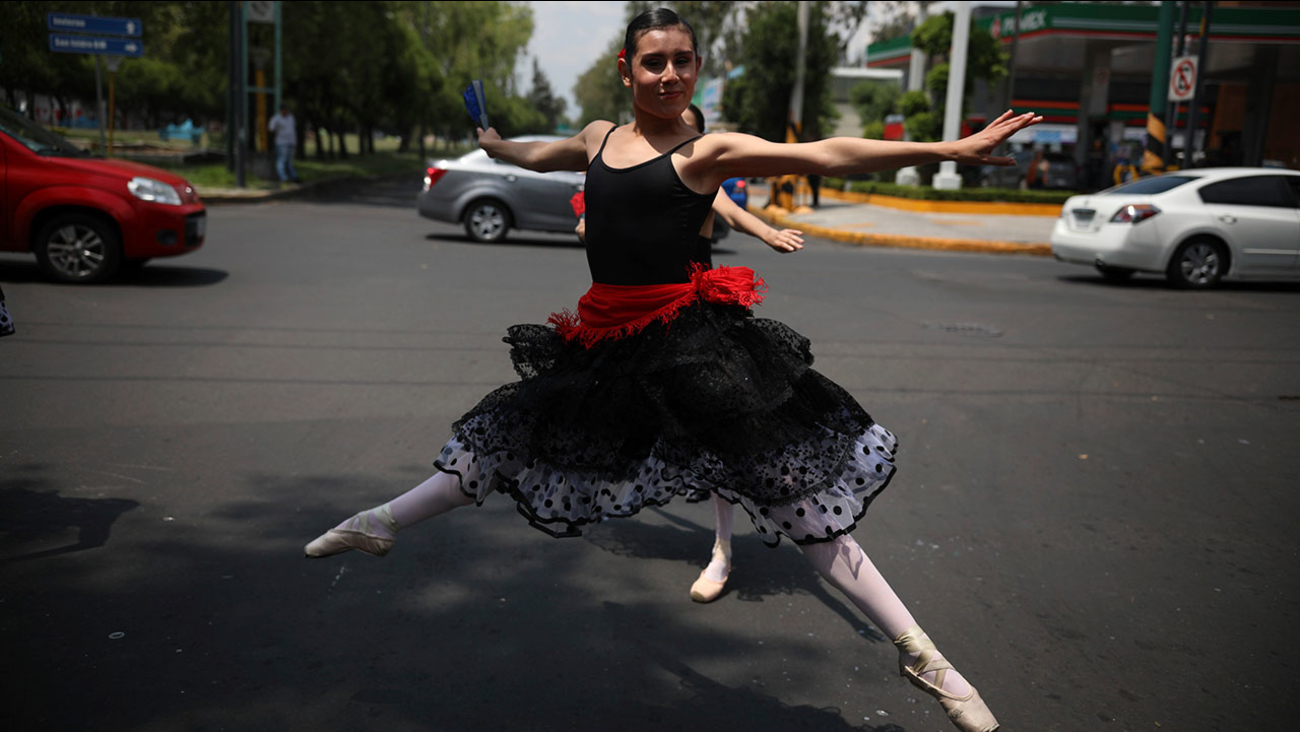 MEXICO CITY (AP) -- Remedios Rosas was walking down a Mexico City street Saturday when she saw seven tutu-clad dancers tiptoe to the sidewalk, their chins held high, and join pedestrians waiting to cross the road. When the light changed, music started and the dancers leaped into the street, twirling and twisting in front of surprised drivers.

The 58-second show - the duration of a Mexico City traffic light - is part of a theater company's attempt to brighten the days of motorists at snarled intersections in this sprawling megalopolis notorious for its clogged roadways.

Rosas ran home and brought back her two grandchildren to enjoy the street performances, which featured music ranging from ballet classics like Swan Lake and the Nutcracker to Michael Jackson's Rock With Me. The sound system was a boombox plugged into an iPod.

"It's great for families that we have the opportunity to see them here on the street," the grandmother said.

Fighting the noise of car horns and rattling engines in the northwest Mexico City neighborhood, the group danced to the tune of seven different songs, each complemented with its own routine and bright costume.

The idea of the performances was inspired by photographer Oscar Rodriguez, who captured portraits of the dancers in the streets. Now, the performances are part of an initiative called "the theatricality of public space." The theater company is called Ardentia.

Since the performances began two weeks ago, the dancers have drawn the attention of a stable of photographers, videographers, and even a drone operator, all looking to capture a story that continues to grow.

"We never thought this was going have to this kind of impact," said one of the dancers, Manuela Ospina Castro. "Not only are people accepting it, but they need it. They need these kinds of activities to get closer to art".

Perched atop his bicycle, Juan Pablo said he pulled to the side of the road when he came upon the performance and stayed to watch the entire event.

But children are the most delighted. Daniela Jacqueline Luna, one of the grandchildren brought by Rosas, said her favorite part of the performance was when dancers "move their feet."