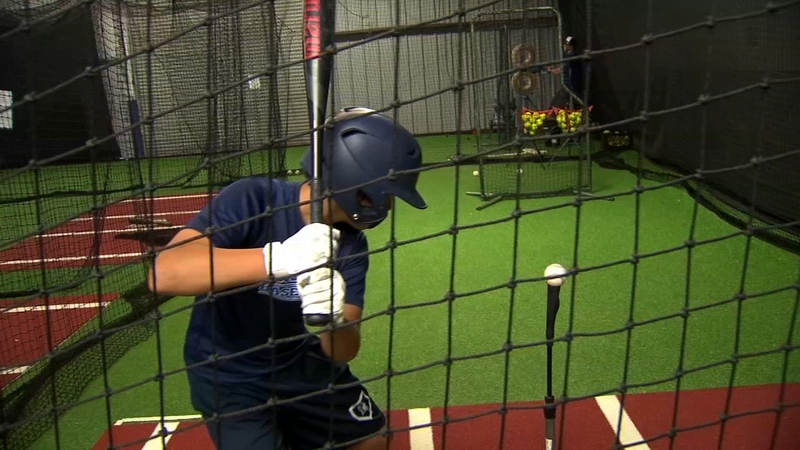 A local travel baseball team was ready to knock it out of the park at the tournament of the year in Cooperstown, New York.

But, because of new COVID-19 vaccine requirements, they're no longer able to attend their dream trip.

The Blue Devils' team of 12-year-olds has been practicing their swing and conditioning for months.

"We started to really work out and we got a lot better in here," Brayden Love an outfielder on the team said.

Their ultimate goal was to compete in Cooperstown, New York, in a weeklong tournament against more than 100 teams.

He said the tournament was the team's chance to showcase their skills against some of the best in the country.

"You get to really sow your oats there, you get to prove how good you are or you find out you're really not as good as you thought." Coach Baroni said.

The team fundraised for the last two years to afford the tournament fees which are around $1,300 per player, plus travel and stay for families.

Then the tournament announced its COVID-19 safety protocols.

One of the requirements is that "all participants, coaches and campers 12 years and older must be immunized" against many common diseases including hepatitis, measles and mumps and, new this year, COVID-19.

Without an authorized vaccine for children under 16, team parents took a vote and decided it just wasn't feasible anymore.

"My first thought is they're putting us in a lose, lose, lose situation. Because even if the vaccine were to be approved, now we have to get all of these families on board," said Kristen Love. Her son Brayden plays on the team.

"It was a tremendous blow," said Coach Baroni while choking back tears. "It bothers me now because our young men have worked really hard."

Coach Baroni said he talked to the tournament organizers who were apologetic, but said for everyone's safety, they had to follow the protocols.

Once the decision was made, the parents quickly came up with a new plan and found a week-long tournament in Orlando, Florida so the players still have something to look forward to.

"It's not what we wanted to do, but I'd say it's still kind of equivalent, we still get to go out of state somewhere, play the sport that we love," said player Brayden Love.

Unfortunately these kids will never get the chance to go to the Cooperstown tournament because it's for 12-year-old players only.