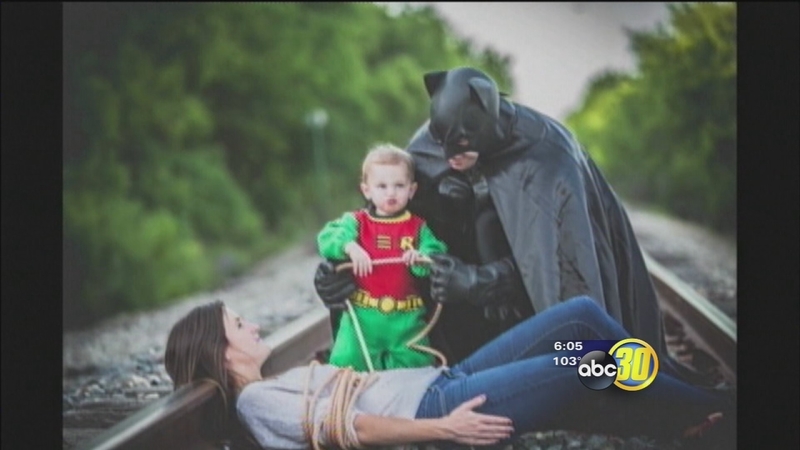 FRESNO, Calif. -- A photo shoot meant as a surprise Father's Day gift has led to threats against one family.

Roxanne Daly planned a caped crusader photo shoot for her husband Mike who is a huge Batman fan. He was dressed as the Dark Knight, their son Finn as sidekick Robin, and Roxanne as the damsel in distress on a railroad track in Wisconsin. The couple posted the photos online and they quickly went viral, receiving more than 200,000 likes overnight.

But now the Dalys say they are receiving threats from people who believe they put themselves and their child in danger -- and promoted illegal activity on the train tracks.

"Some people posted our address online, making threats that they would come in the middle of the night," said Mike Daly,Father.

"I was begging him to get a hotel because i was terrified," said Roxanne Daly, Mother.