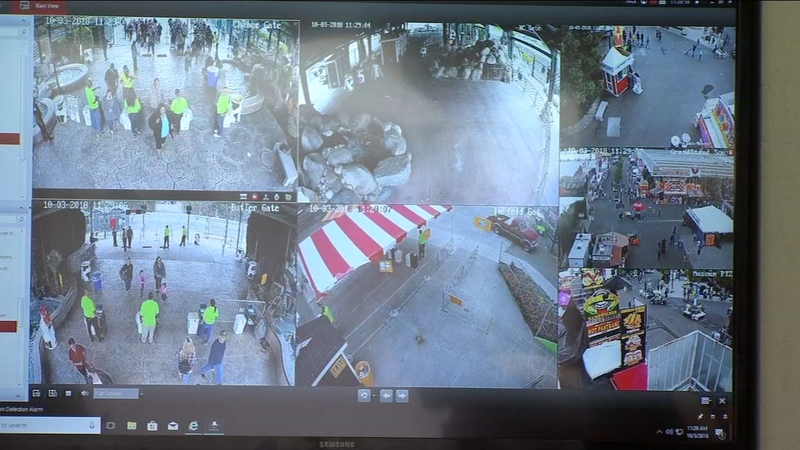 FRESNO, Calif. -- Despite a soggy start security is the top priority at the Big Fresno Fair.

Organizers have implemented a number of safety features over the years to help make the fair as enjoyable as possible.

Security checks will be done on every person who comes through the gates.

And once you're inside cameras will track your every move while dozens of officers will be patrolling the fairgrounds.

Officials check all bags and wand every visitor who comes through the turnstiles.

While the eye in the sky will keep track of it all.

Nearly $30,000 was recently spent to install additional high-tech surveillance cameras throughout the fairgrounds.

"Absolutely 100% worth it. You can't put a price on the safety of our fair goers, our customers, our vendors, our staff," said Lauri King with the big Fresno Fair.

Officers can monitor the security cameras on-site, giving them the advantage to respond to calls quicker

"The fair had cameras last year and what they've done is really gone in and increased that. There are cameras all over this fair now," said Lt. Richard Tucker who heads Fresno Police's unit at the Big Fresno Fair.

And for the second straight year, minors under the age of 18 will be required to be accompanied by a parent or guardian over 21, starting at 7 on Friday and Saturday nights.

"When the stars align and something great happens it's amazing. Last year it worked out to the best benefit to the fair and our community," said King.