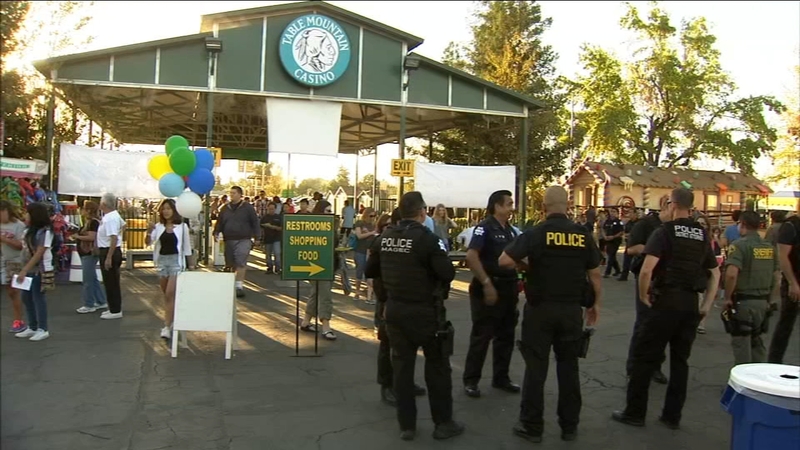 FRESNO, Calif. (KFSN) -- Both fair officials and police officers say the Big Fresno Fair remains the safest place to be.

Not many incidents have been reported but if there is a problem those people are dealt with and kicked out.

The rides, games, and food all help make the Big Fresno Fair what it is.

But it's the tight security and heavy police presence that really allows families to enjoy themselves without much worry.

For the second year in a row, minors under the age of 18 must be accompanied by a parent or guardian over the 21 on Friday and Saturday nights.

Officers say this policy has helped cut down on the number of incidents police respond to.

"A lot of that element from years past is gone. The kids that were running around unsupervised creating disturbances...that's gone," said Fresno Police Lt. Richard Tucker.

According to police incidents have been few and far between during this year's run of the Big Fresno Fair.

Just walking around the fairgrounds you're bound to see officers and its not just inside the gates.

"We're fully staffed on the outside as well. We believe that sets the tone. Looking for troublemakers who want to come to the fair," said Lt. Tucker.

With an uptick in fairgoers expected this weekend -- police staffing will also ramp up to deal with the heavier crowds.

"We're fully staffed its the last weekend of the Big Fresno Fair and make sure you say hi to the officers that are keeping you safe," said Lt. Tucker.

The one tip officers say is not to leave valuables in your car in plain sight.