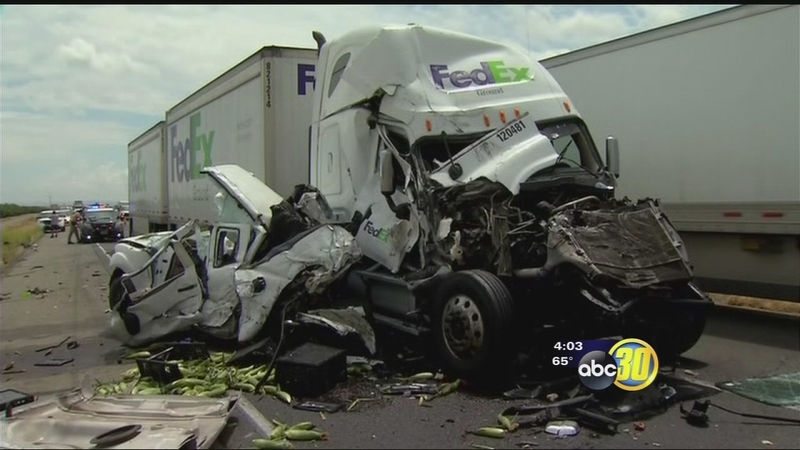 One person died in what the California Highway Patrol is calling a tragic accident along Interstate 5 in Fresno County. Four others were injured.

"There was one vehicle that did not stop. It was a big rig driver, did not stop for unknown reasons we're investigating at this time, and crashed into the back of some of those vehicles," said Lt. Jason Elsome, CHP.

The white pickup truck took the biggest blow. Its driver, an 18-year-old man, died at the scene. His passenger suffered major injuries and was life-flighted to an area hospital.

Lt. Elsome is the commander of the CHP Coalinga area. Of the five vehicles involved, he said the Fed Ex big rig was the only one in motion, the others were stopped.

"This time, what we know is that there was some roadwork being done-- there was a closure that was in effect north of this location approximately a mile and a quarter. There was cones tapering off and signage out there that indicated that the roadway was closed."

I-5 was closed for two hours in both directions on Friday morning due to some power lines that had fallen on the freeway during Thursday night's storm. PG&E crews were repairing the lines.