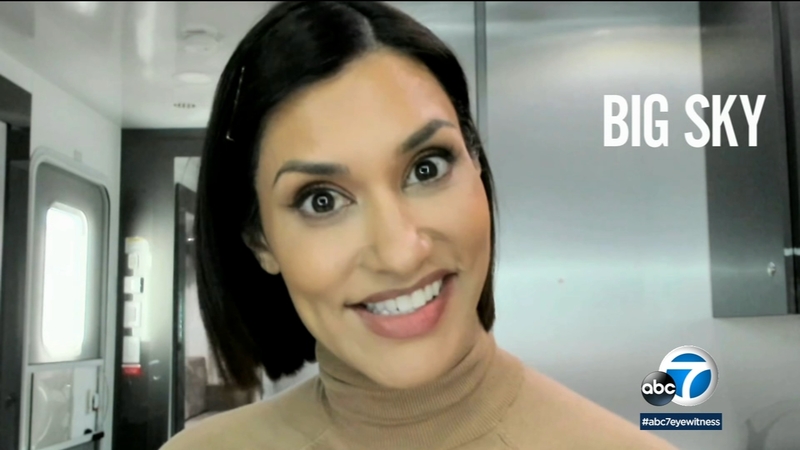 Janina Gavankar says we can expect plenty more jaw-dropping moments as "Big Sky" returns to ABC with new episodes. The actress made quite the debut as Ren in the first half of the season.

"I was like I'm not playing some little femme Nikita. That's boring to me," said Gavankar. "I immediately saw how I could make her chaotic, and it's going to get even crazier because the premiere tonight? Oooh it's tense!"

Ren landed in Montana looking to track down a bag full of her cartel's missing drugs and money. She's a woman on a mission, but she's also not afraid to bring a little fun and personality to the role.

"I'm generally looking for the adrenaline rush you get when you are challenged," said Gavankar. "I love that moment before you jump off a cliff and take a big risk. It's just what I'm looking to do with my work and this show is not an exception."

On "Big Sky," we've met Ren's brother, Jag. And with the missing drugs and money, it won't be long before dad comes to try and help sort things out.

Gavankar says a favorite part of being in the "Big Sky" family has been the opportunity to expand who we see on screen.

"We're so early in the conversation of representation that there hasn't been a family of south Asian criminals on network television," said Gavankar. "And we get to do that! It's kind of funny to say it's progress that we get to play terrible people and we're having a good time doing it!"