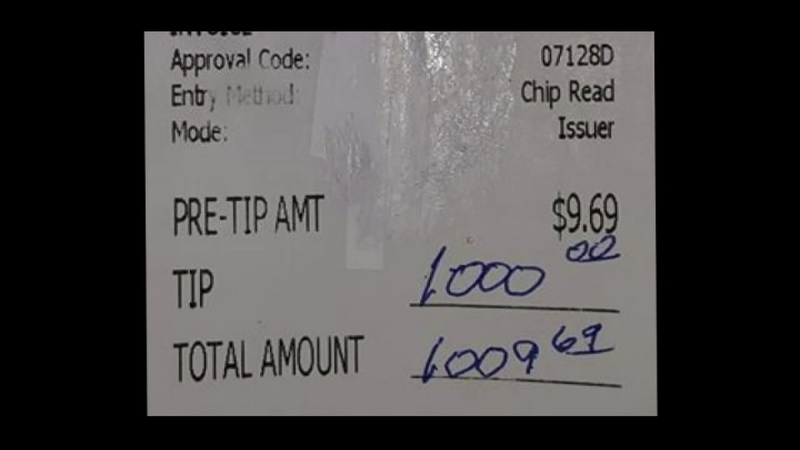 GUN BARREL CITY, TX -- A customer eating alone in an East Texas restaurant left a big surprise behind for an 18-year-old waitress - a $1,000 tip.

Alesha Palmer, 18, is a little more a month away from graduating high school and has been waiting tables about 30 hours a week to save money for college.

The Kemp High School senior says she still in shock after receiving a $1,000 tip Saturday night.

"I would like to thank him deeply and utterly. It's not every day that you come across someone that's as sweet and generous," Palmer said.

The 18-year-old was working at Vetoni's Italian restaurant in Gun Barrel City on Saturday. The high school senior tells Tyler TV station KLTV she was serving a couple she knew, they were asking about her college plans and she told them her parents would be helping her with costs.

The gentleman she had also been serving was sitting alone and when he went to pay, Palmer noticed him talking to the restaurant owner.

"I went up to the owner, Mike and asked if I had done something wrong," Palmer said.

But she had done everything right.

"He turned over the receipt and I kind of just stood there wide eyed and I just started crying and I'm in the middle of the restaurant," Palmer said.

He turned over the receipt that showed the man, who asked to remain anonymous, left her the big tip.