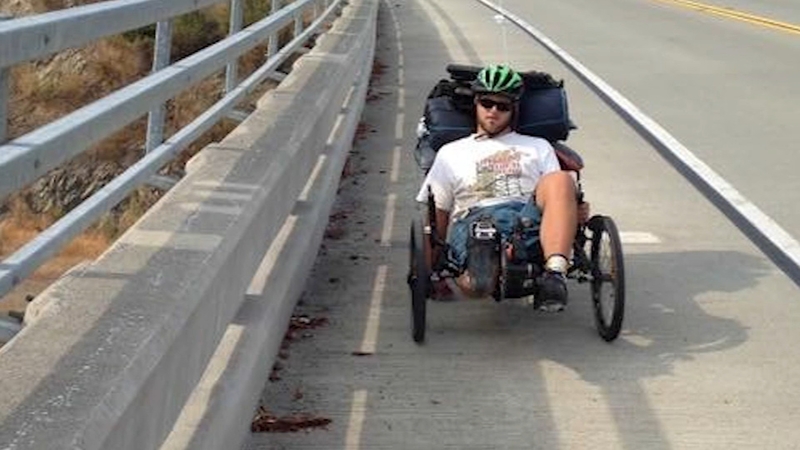 FRESNO, Calif. (KFSN) -- For Sawyer Lee, his trike is used for more than just a ride. As someone with autism, he says it's his independence.

"If I want to leave the house, or if I'm not working that day, I can get on the bike and go where I need to go," Lee said.

On Sunday morning, that independence was stolen from Lee. He says he rode to the Winco off Kings Canyon and Peach around midnight, locked his trike, and went inside to buy his fiancé some medicine.

When he came back outside, his trike was gone.

"When I saw the bike was missing, I felt a flash of rage," Lee said. "I can't ride a two-wheel bike because I cannot find the balance on them. If I want to ride a bike, this is the only kind I can ride."

Lee's been riding his trike for nine years, helping both he and his father create memories along the way.

"Me and my dad have ridden from here to San Diego, here to san Simeon," Lee said. "It holds a lot of sentimental value."

"I feel sad for him, I feel sad about the situation," says father, Steve Lee. "I don't even think he wanted to tell me."

In a statement, Fresno police say they've "been working on this case all day" and are reviewing surveillance video.

Sawyer's dad says a GoFundMe will help the family buy Sawyer a new bike, which runs about $4,000.

But he says it's not about the money because his son's freedom is priceless.

"It's like his wheelchair," Steve said. "It's like a car. It's his livelihood to get to where he's going."