After the shots rang out, many of the party-goers scattered from the house, jumping into neighboring backyards.
KFSN
By Nic Garcia 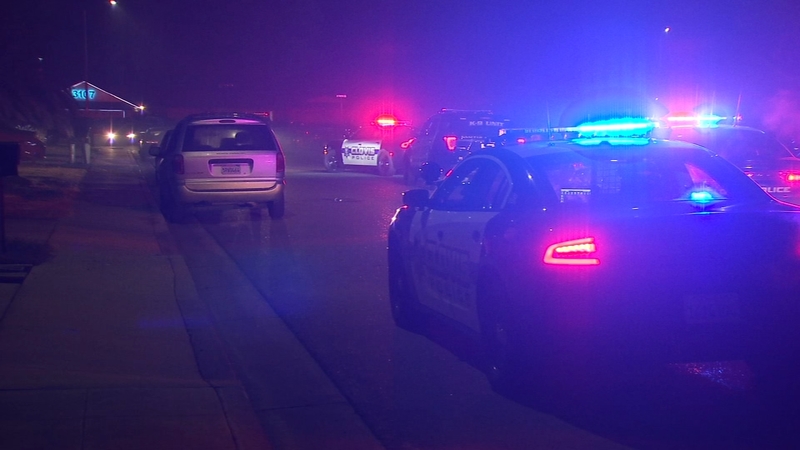 CLOVIS, Calif. (KFSN) -- Bullets rang out at a birthday party in Clovis.

Police are now searching for a suspect who opened fire at the house late on Friday night.

At around 11 pm, police cars filled Antonio Drive near Peach and Ashlan.

Officers say the house was rented for a birthday party that dozens of people attended. Nobody was shot, and no property was damaged by bullets.

After the shots rang out, many of the party-goers scattered from the house, jumping into neighboring backyards.

A neighbor who lives next door said most of the people at the party were teenagers.

Police do not have a suspect but the house where the shooting happened and several houses in the area have security cameras.

"Right now we're asking that the public review their surveillance cameras if they live in that area and if they have any information, call us," said Cpl. Kyle Christensen

He said the homeowner is being cooperative, but they still need more people to come forward with information to help the investigation.

As for neighbors, they're a bit shaken, but thankfully nobody was hurt.

CORRECTION: Clovis police initially told Action News that the house where the shooting took place was an Airbnb. The company later reached out to Action News and said the house was not rented out through Airbnb the night of the shooting. They sent the following statement:

While this home is listed on Airbnb, we are able to confirm that there was no Airbnb reservation during the night of the incident.