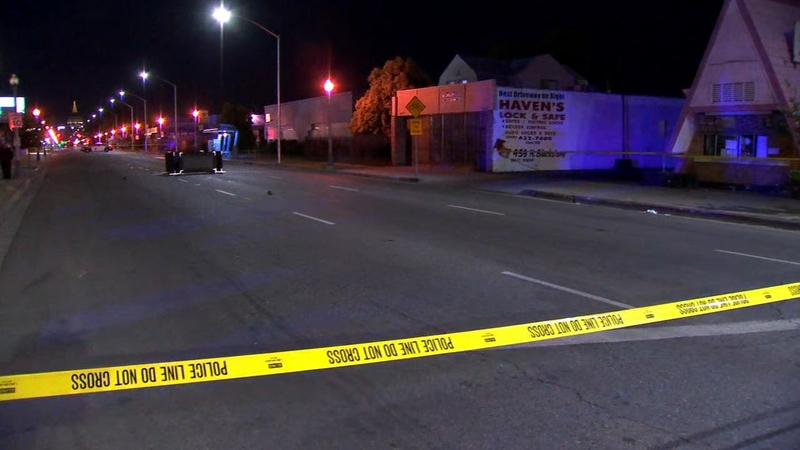 FRESNO, Calif. (KFSN) -- The man who died after he was hit by a car and left for dead in central Fresno has been identified as 54-year-old Rosendo Hernandez.

Investigators say Hernandez was found dead in the road just before 10:30 on Tuesday night on Blackstone near Belmont.

When officers arrived, the suspect vehicle had taken off, and they have not found any witnesses who saw the collision.

#BREAKING A man is dead after a hit and run along Blackstone and Belmont in central Fresno. Police say there were no witnesses to the accident & no suspect information. Happened around 10:30. Portion of the road is blocked off as police investigate. @ABC30 pic.twitter.com/N6oaBy9jkr

They do not have a suspect or vehicle description at this time. Anyone with information is asked to contact Fresno police.