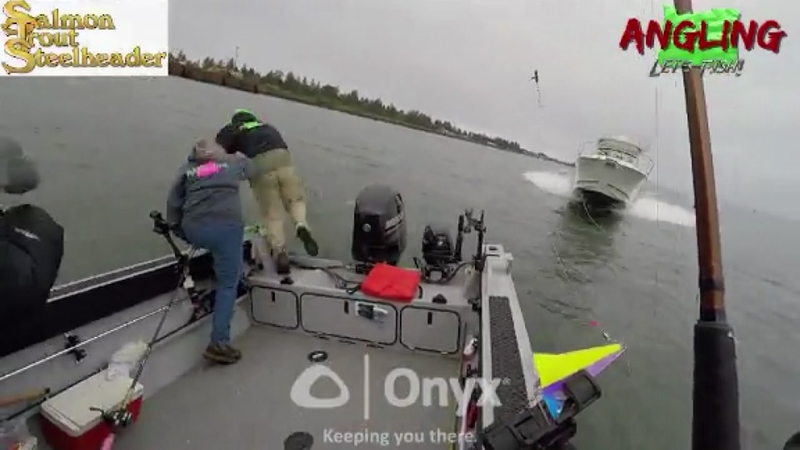 Harrowing video shows fishermen bail out of a small boat, seconds before boat plows over them

It happened on the Columbia River on August 12 but the video has just now been released.

Three people were on a fishing boat and saw another boat heading straight for them.

The three fisherman in the boat tried to warn off the speeding boat, but the 30-foot Bayliner kept coming.

They were able to escape overboard at the last second, just before impact. Some minor injuries were reported