Never too late: 90-year-old graduates college 70 years after dropping out to join US Army 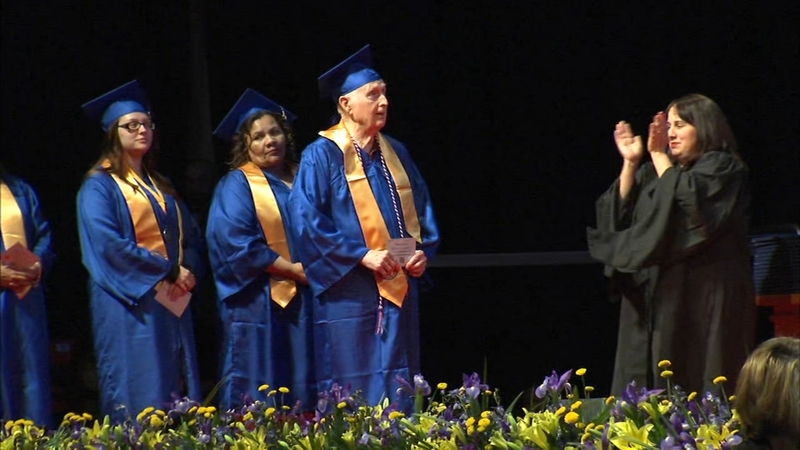 CHICAGO -- Bob Dwyer made history Monday night, when he became Northeastern Illinois University's oldest graduate, since records were first kept in 1962. The 90-year-old grandfather said his journey doesn't stop there.

"It's never going to be too late, and I think the reward is worth it," Dwyer said.

"I am curious by nature." That curiosity is a trait that fired his ambition to finally get a degree after life -- signing up for the army, getting married, having a successful career -- got in the way.

"At the time I left school in my mind, it was a temporary thing. But time passed on and an opportunity never really was right for me to go back," he said.

He traveled the world in the fasteners business. But after retiring at 80, he missed more intense human interaction, especially after losing his wife, Peggy, in 2010.

"Because you were interested in things, you were moving around, you were going places talking to people - I think all of those things keep your body active and your mind active," he explained.

NEIU's interdisciplinary program was a good fit for him. He completed the rigorous 40-hour course over the last two years.

"I have been able to take philosophy, sociology, communications, geography, education and political science," Dwyer said.

"Bob is very conscious of his own time, and so communicating everything that I had hoped to communicate had to be done really efficiently," NEIU academic advisor Jennifer Blair said.
He made a lot of friends with those fascinated by his ambition.

Dwyer's nine kids and most of his 22 grandchildren attended the commencement Monday, where he walked across the stage in his cap and gown. He said he didn't want to be the last senior to do so.

"Yeah, it's a little bit harder than you might think, but so what? As they say, when the going gets tough, the tough get going," he said.

Northeastern Illinois University has been around for 152 years. In that time, it's pretty safe to say that nobody older than Dwyer has ever graduated - certainly not since records began being kept in 1962.