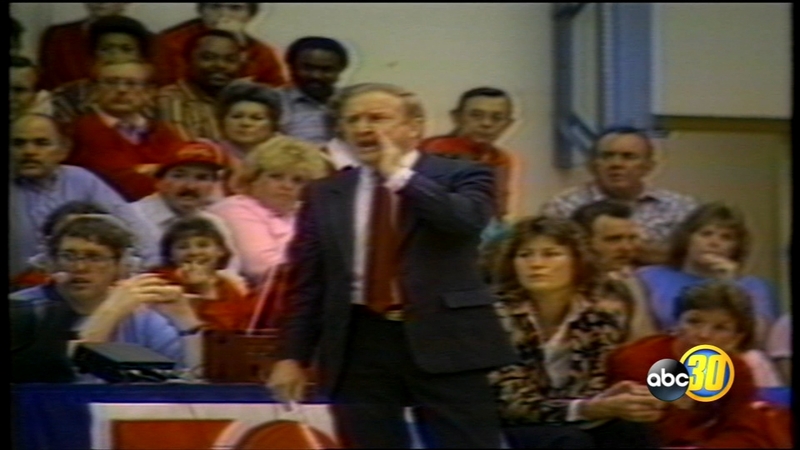 Former women's basketball coach Bob Spencer passed away in Iowa at the age of 87.

He came in as the winningest coach in women's collegiate basketball.

He left Fresno State as the winningest coach in program history with 198 wins, leading the Bulldogs to two WNIT appearances in 1986 and 1990 and coached five All-Americans.

"Besides my father, he was the most touching man I had in my life," says former assistant coach Chuck Bandelian. "He would want to relax before games, so he would say, 'Chuck, I'm going back in the locker room. Don't let anybody in; come get me when we got 10 minutes before we go out.' He just wanted his own time to focus, and when he came out he was a ball of fire. He was lucky to get 200 people on campus at the South Gym, until he started winning. Probably a year or two at the most, there were people waiting outside an hour and a half in line to get in."

Because of his success, the women's basketball team moved their home games to North Gym on campus. The Bulldogs went from pulling 200 fans to 1800 in just a few short years. Coach Spencer was friends with all of the coaches at Fresno State, but he was particularly close with Boyd Grant.

"Boyd Grant and him would speak all the time together," Bandelian said. "It's funny; Boyd just passed, and now Bob passes a week or so later. Boyd would come into our office just to get away from his staff just so he could vent. He'd come in and the three of us would sit in our office, and Boyd and Bob would feed off each other. It was great."