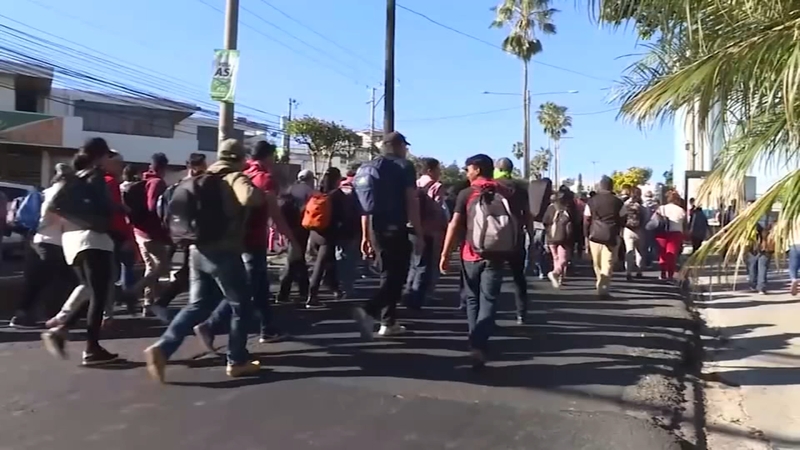 FRESNO, Calif. (KFSN) -- Released videos and pictures of what's happening at the border lead to many unanswered questions. Latino advocate and Fresno city leader Councilmember Miguel Arias says the crisis at the border is nothing new.

"Since the last amnesty of 1986, the laws have not been changed, and there is a need to change them," says Arias.

He said when former President Donald Trump was in office, Latino families seeking asylum were separated, which didn't help the situation already at hand.

"We have thousands of kids that to this day have not been matched with their parents who brought them to this country to seek asylum."

Arias says the spike of those seeking help once President Joe Biden took office happened because they took a different approach.

Arias says, "Including keeping the families together and ensuring that unaccompanied minors only remain in the facility up to 3 days before they are housed."

For Latinos across the country, their journey to the United States means hope, but the process to be here legally is one Arias says can be defeating.

"It's personal to every Latino family no matter who you are and what status you've reached individually," says Arias.

This is why he, along with many Latino leaders, is advocating for immigration reform under the Biden administration, so the crisis at the border can be improved.

"That would set the economy for decades to come and would make sure that unaccompanied minor don't have to spend months traveling here and risk their lives for the American Dream."