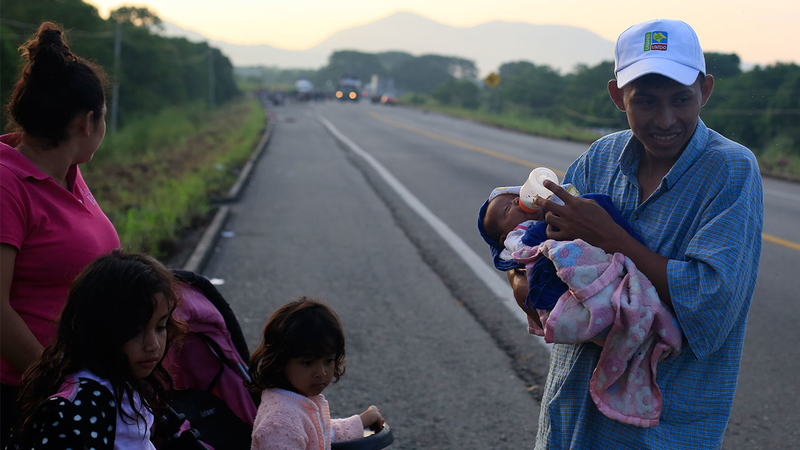 WASHINGTON -- The Defense Department says it's sending 5,200 active duty troops to "harden" the southern border against a migrant caravan making its way through Mexico.

Gen. Terrence O'Shaughnessy tells reporters that 800 soldiers were en route on Monday and that the remainder of the troops would be at the southwest border by the end of the week.

That's in addition to the more than 2,000 members of the National Guard already providing assistance at the border now. Officials say the troops will provide "mission enhancing capabilities" and will be armed.

The announcement comes as President Donald Trump has been trying to focus on the caravan just a week before the midterm elections.