Migrant caravan: Trump says up to 15,000 troops could be sent to US-Mexican border 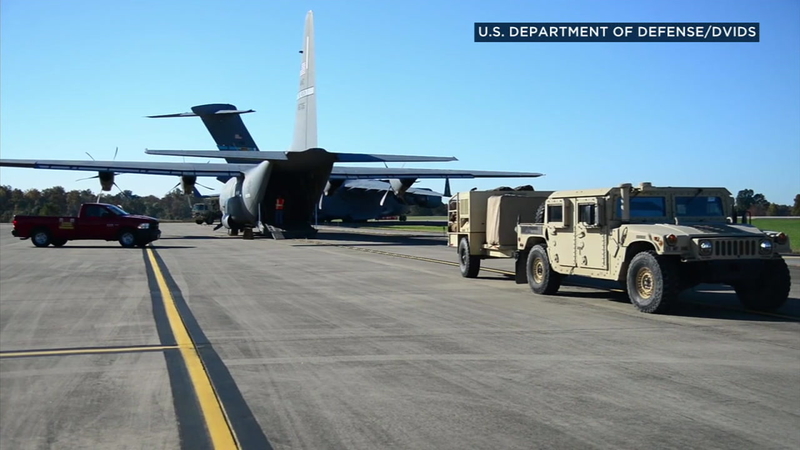 WASHINGTON -- President Donald Trump says the number of military troops deployed to the U.S.-Mexican border could go as high as 15,000.

Trump told reporters at the White House on Wednesday that "we'll go up to anywhere between 10 and 15,000 military personnel on top of Border Patrol, ICE and everybody else at the border."

He says the move would be aimed at preventing the entry of a caravan of migrants traveling from Central America. The caravan is still nearly 1,000 miles (1,600 kilometers) from the border.

Thousands of Central American migrants resumed an arduous trek toward the U.S. border Monday, with many bristling at suggestions there could be terrorists among them and saying the caravan is being used for political ends by U.S. President Donald Trump.

Trump says that the U.S. was "going to be prepared" and that the migrants are "not coming into our country."

Currently there are 2,100 National Guard helping at the border. The Pentagon says an additional 5,200 active-duty troops could join them.