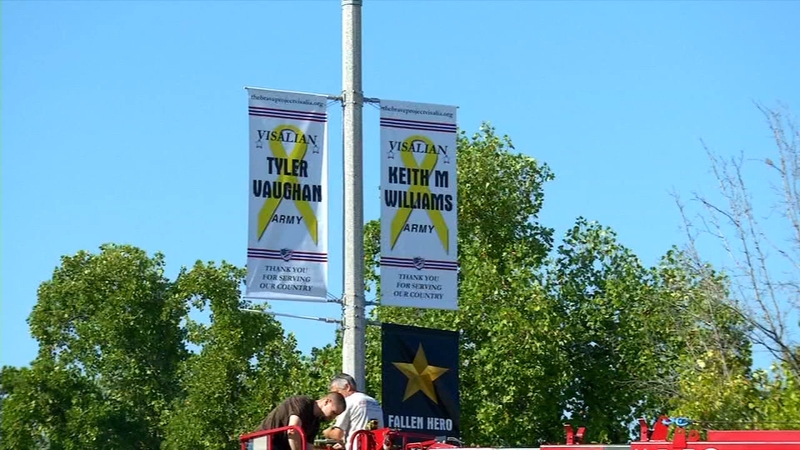 Members of The Brave Project Visalia put up the very first patriotic signs in 2012.

They raised 21 banners, including three replacements for Visalia natives killed in action.

One of those soldiers, Army Sergeant Tyler Vaughn, died in a car crash near a U.S. military base in Germany in March of 2017.

On Wednesday, Tyler's family members watched as his new flag was installed on Akers Street.

"It's important to us to always have his name remembered," Alissa Vaughan said. "I think just every time somebody drives by and sees his name up there, it's just a little bit of healing and comfort for us that his name isn't going to be forgotten."