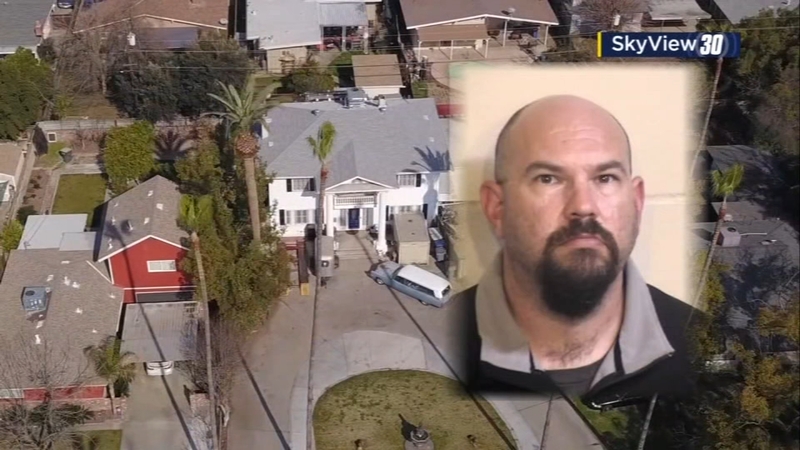 FRESNO, Calif. (KFSN) -- New charges and a "not guilty" plea Monday in the case of child sex case centered on a Fresno man, his wife, and their girlfriend.

Brent Cox made his first court appearance and prosecutors filed a felony child abuse case against his wife and his girlfriend, who is the victim's mother.

Cox sat in court in his red jail jumpsuit while his defense attorney made the case for him to get out of jail on reduced bail.

"I'm concerned with a couple of things," said defense attorney Marc Kapetan. "Number one is the dissuading a witness charge. It appears that it is more related to the alleged co-part."

Prosecutors say the crimes started last May and only stopped when Fresno County sheriff's deputies intervened in late January.

Investigators have evidence they believe shows he directed the mother to interfere with their investigation and get the girl to change her story about what happened, which supports the dissuading charge.

They have text messages and photos they believe proves Cox committed the same crimes more than once.

"It's the prosecution's theory, based on the evidence we have, that individual and separate acts support each of those charges," said prosecutor Richard Burchett.

Cox's wife bailed out of jail Friday and since then, a hearse disappeared from the front yard of the central Fresno home they shared with their girlfriend.

His attorney acknowledged the place usually had hearses in the front and coffins inside.

The girl's family members expressed concern about the fascination with death in the home.

Her mother even sometimes described her daughter as a little Jeffrey Dahmer.

But the family didn't suspect anything sexual until very recently.

"This is a situation with significant grooming being involved," said Burchett. "The minor victim, in this case, is only 12 years old. We're concerned due to the egregious nature of the offenses."

Cox was in jail with no bail, but the judge set it Monday at $495,000, which is the usual bail amount for the charges he's facing.

His girlfriend, the victim's mother, is next in court on Tuesday.