'It's not a race thing': Officer involved in Breonna Taylor case speaks publicly for 1st time since shooting 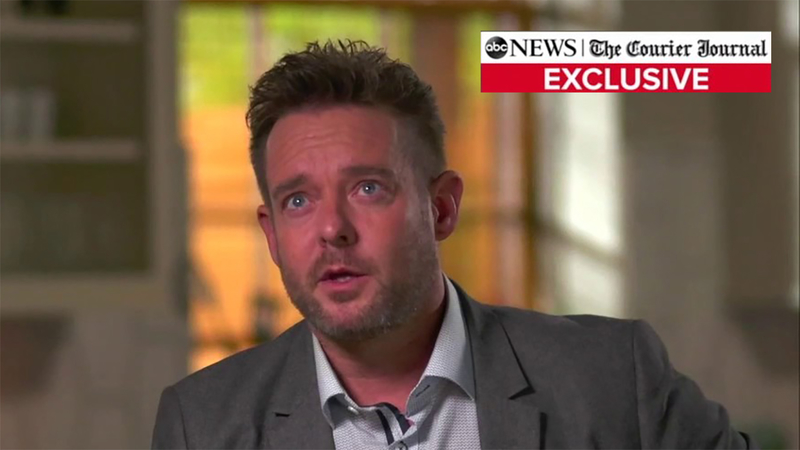 LOUISVILLE, Ky. -- Sgt. Jonathan Mattingly, a Louisville police officer who was one of the officers involved in the March raid where Breonna Taylor was killed, says the shooting had "nothing to do with race."

"This is not relatable to George Floyd. This is nothing like that," Mattingly said, speaking out for the first time in an interview with ABC News and the Louisville Courier Journal.

"It's not Ahmaud Arbery. It's nothing like it. These are two totally different types of incidences," Mattingly said.

Mattingly and two other officers broke down the door to Taylor's apartment while executing a late-night, "no-knock" warrant in a narcotics investigation on March 13. Mattingly was shot by Taylor's boyfriend, and then police opened fire, killing Taylor. Her death prompted demonstrations in Louisville for over 100 days.

Floyd's death during an arrest in May sparked protests nationwide and abroad against racism and police use of force after an officer knelt on his neck for nearly nine minutes. Demonstrators chanted his final words, "I can't breathe," and decried the recent killings of Black people, including Arbery, who was shot to death in February in Brunswick, Georgia, while jogging.

Taylor, 26, was fatally shot by police on March 13. Mattingly and two other officers broke down the door to her apartment while executing a late-night, "no-knock" warrant in a narcotics investigation. Mattingly was shot by Taylor's boyfriend, and then police opened fire, killing Taylor. Her death prompted demonstrations in Louisville for over 100 days.

A grand juror who won a court fight to speak publicly about the Breonna Taylor investigation is taking issue with statements by Kentucky's attorney general.

Mattingly said protests and public anger surrounding the Taylor case could have been avoided if the Louisville mayor and police officials corrected misinformation sooner.

"It's been excruciating," Mattingly said.

"When you have the truth right there in your hands and everything else is getting crammed around you, it's frustrating."
None of the three officers at Taylor's residence that night have been charged in Taylor's death. A grand jury last month indicted one of them on three counts of wanton endangerment for shots fired entering a neighboring apartment with three people inside. The officer has pleaded not guilty.

Kentucky Attorney General Daniel Cameron has faced criticism for not seeking charges in Taylor's death. He has said he asked the grand jury for an indictment on charges he thought could be proven in court.

Convictions for police officers in such cases are rare. Around 1,000 people are shot and killed by law enforcement nationwide each year. About eight officers a year have been arrested and charged with murder or manslaughter for killings in the US since 2005, according to Philip Stinson, a professor of criminal justice at Bowling Green State University in Ohio.

Mattingly dismissed assertions by some that there was a racial motivation behind the actions of the three officers who fired their weapons during an apparent drug raid at Taylor's apartment.

"It's not a race thing like people wanna try to make it to be. It's not. This is a point where we were doing our job, we gave too much time when we go in, I get shot, we returned fire," Mattingly said in the interview.

"This is not us going, hunting somebody down. This is not kneeling on a neck. It's nothing like that." he added.