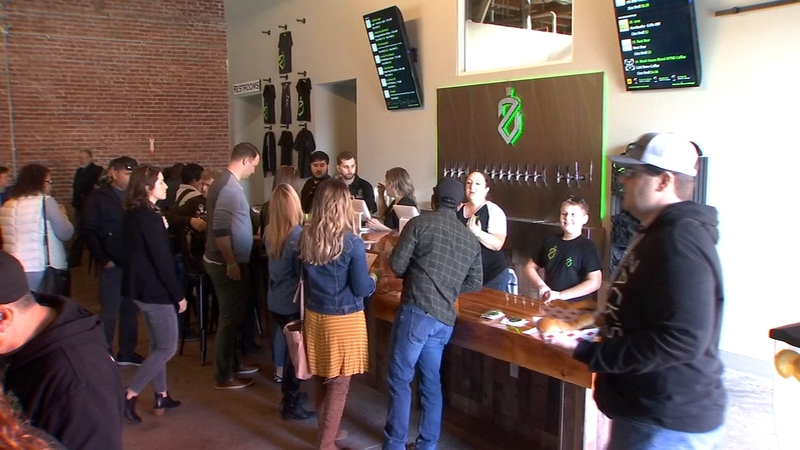 "We're going to have 20s music playing the whole night," says William Compton. "We're going to make sure we play to the theme with that and since were going into 2020, it seems appropriate."

Tioga Sequoia is transforming into a speakeasy for the evening, offering some creative Roaring 20s inspired cocktails, but all with a familiar base.

"You're going to recognize the flavors, but it's really cool because they're also your favorite beers that you've had here at Tioga," says Desirae Washington.

It's one of several bars transforming their menus for Tuesday's festivites.

"A lot of the beers we're using have been aged in liqour barrels so one, it gives them a higher alcohol content and it also gives them the rich flavors of something you might expect in these drinks, like a Sangria," Washington said.

They're not the only ones mixing up something special for Tuesday night.

Brew Year's Eve is a collaboration between Tioga Sequoia, Zack's Brewing Company and the modernist Fresno to offer folks a New Year's Eve option that doesn't break the bank.